Home » Jazz Articles » The Claudia Quintet at The Workmans Club

The Claudia Quintet at The Workmans Club 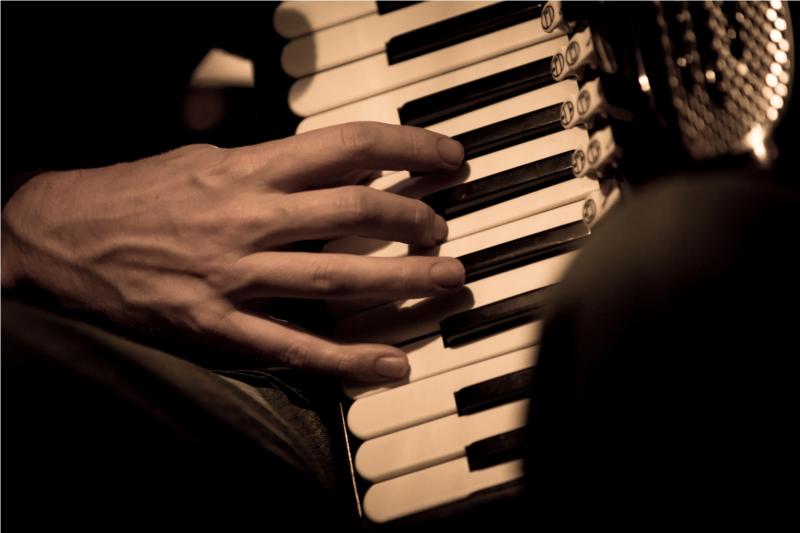 "Real fans do it on a Monday night," Improvised Music Company's Gerry Godley said in an address to the crowd that acknowledged the economic and logistical challenges facing promoters, musicians and fans alike. The Republic of Ireland's economy is still struggling half a decade on and at a time when incomes are stretched semi-improvised music isn't necessarily on the top of everybody's list a month before Christmas. So, it was encouraging to see a good crowd in The Workmans Club to greet The Claudia Quintet on its first visit to Ireland.

The second set began with "Just Like Him" from I Claudia (Cuneiform, 2004); Hollenbeck unleashed driving hip-hop rhythms, against which accordion, vibes and clarinet created little interlocking eddies where the lines between notated and improvised sounds blurred. A greater sense of freedom colored "(September 24th) Interval Dig," another lively number with Moran, Wierenga and Speed all enjoying more individual space to really push their instruments. The gently-paced "(September 22) Love Is Its Own Eternity" charted more tuneful territory, with vibes and saxophone in lyrical unison.

The knotty "(September 29th 1936) Me Warn You" departed from pounding drums and a looped segment of a Franklin D. Roosevelt speech, with Hollenbeck's rhythms falling into step with the vocal cadences. Start-stop rhythms, percussive bustle and flowing vibraphone and tenor lines all shared elbow-room on the set's longest composition. It provided an unusual yet arresting finale to the gig. The crowd cheered the four musicians back on stage for "Loterius Lakshmi," a curious slice of punchy, Morse Code jazz.

With dedicated promoters like IMC and venues such as the funky The Workmans Club supporting truly progressive bands like The Claudia Quintet, great music will always have a chance. Importantly, the vibrant creative music scene in Dublin has a following that makes it possible to stage such a left-field concert on a Monday night in the first place—and recession and those thirty shopping days until Christmas be damned.