BY GLENN ASTARITA
January 18, 2008
Sign in to view read count 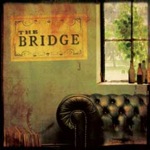 They've been creating a positive buzz throughout the mid-Atlantic region of the USA, and should pick up some steam with their inaugural release for this well-known record label. A multitasking unit, The Bridge is a quintet that fuses a wide sampling of styles into its impetus, where rock, funk, roots music and soul/pop bespeak an optimistic vibe that is irrefutably accessible and subsidized with solid musicianship. Featuring Chris Jacobs' spirited vocals atop silvery organ parts, weeping slide guitar lines, and guest artists' sax choruses, the band adds a bit of oomph with movements built on knotty time signatures as well.

On "14 Days," the musicians render a perky acoustic/electric New Orleans shuffle vamp, and generate a spunky and multilayered funk-rock vamp during "Bad Locomotive." With breakout guitar solos and rocking rhythms, they acutely interweave brisk unison metrics into a format that combines a warmhearted depiction of Americana.

They sport a retro vibe within the sensitively enacted country love song "Flats of the Old Avenue," highlighted by Kenny Liner's endearing mandolin lines and a catchy hook, but alter the flow via their beat-box blues groove amid Jacobs' crunching guitar licks on "The Ballad of Clear Rock." The grand scheme of matters would certainly parallel the band's notoriety as a popular live act. The artists don't break the rules or chart previously unexplored musical terrain here. Ultimately, it's all about good cheer, marked with an obvious sense of clarity that is underscored by the unit's appealing arrangements and memorable compositions.

Get Back Up; Angelina; 14 Days; Bad Locomotive; Easy Jane; Shake em Down; Country Mile; Further To Roam; Flats of the Old Avenue; Chains; The Ballad of Clear Rock; Brother Don't.