Home » Jazz Articles » The Bad Plus at Bijou Theatre 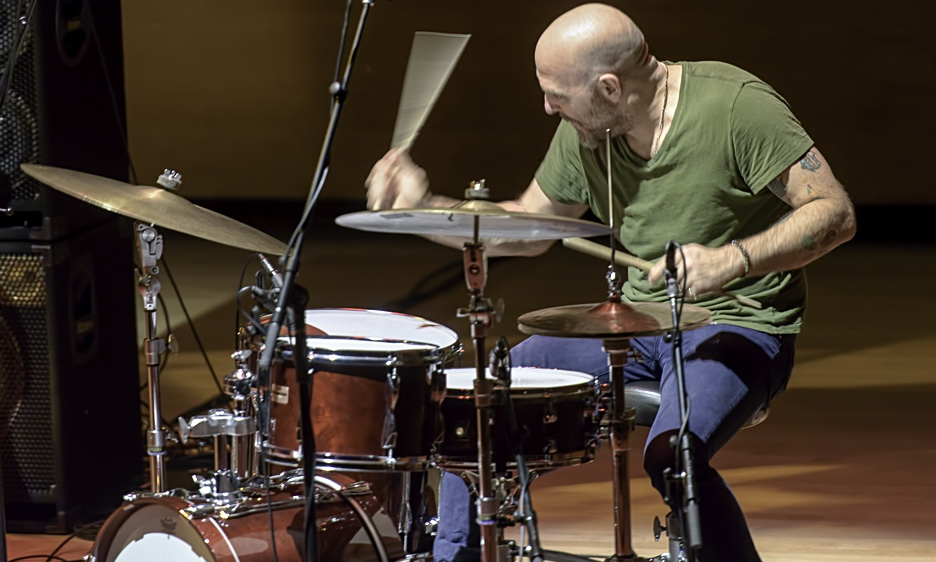 The Bad Plus kicked off the virtual concert series "Sites & Sounds from Big Ears" with their October 9th concert streamed from Knoxville's historic Bijou Theatre. This second installment began with a point of view shot walking down S. Gay Street to the theater entrance, through the glamorous Art Deco lobby (which surely will trigger a twinge of recognition for any Big Ears festival attendee, as the venue has been home to so many memorable concerts), then backstage. The trip ended onstage with the band already in progress, playing "Seams" from Never Stop II (Legbreaker Records, 2018), the album from which the majority of the evening's repertoire was taken.

Aside from occasional establishing shots from the audience seating in the hall, the rest of the concert continued in the same vein, with the camera operators moving around onstage near the band members. Pianist Orrin Evans' "Commitment" began with a solemn unaccompanied piano introduction, with a view across the stage from behind the pianist. The rest of the band came in, still playing rubato, with the view shifting to behind double bassist Reid Anderson, as the intensity built. There were lots of other changes as the piece progressed: a unison riff with a sudden stop led into a drum solo from David King, which led into a fast swing section before returning to ballad tempo.

Anderson introduced the band members, and made the first of a series of jokes about their Patreon Page "Cathartic Opportunities," also joking about the silent audience. King's "Anthem for the Earnest" from Suspicious Activity? (Columbia, 2005) was the only selection drawn from an album recorded with original pianist Ethan Iverson. Its relentless theme was broken up by stop time passages, and Evans' piano solo veered between blues and abstraction, much like the band's music often does. His "Boffadem" (say it out loud) began with rubato solo bass, before launching into an odd metered bass pattern reminiscent of bassist Dave Holland's classic "Conference of the Birds." The bridge went into straight time, before returning to the riff for the piano solo.

Anderson made jokes about the song title ("it's in the dictionary," Evans protested), and introduced a series of his tunes: "Safe Passage" and "Salvages" from Never Stop II, and "Undersea Reflection" from Activate Infinity (Edition Records, 2019), the group's most recent album. The last piece changed up the rhythmic feel for an up-tempo rock beat, with increasingly frenetic breaks. The announcements continued with the Cathartic Opportunities theme, this time with all of the band members contributing bizarre ideas for scented candles. King mentioned that his son had told him that octopuses keep pets, the only animals that do so apart from humans (not sure how that came up!).

The concert concluded with two of King's compositions. "Lean in the Archway" from Never Stop II was full of rapid rhythm changes, moving from a bass solo to a short drum solo to a free, intense piano solo before returning to the head. "Dovetail Nicely" from Activate Infinity had an unaccompanied drum introduction, one of the largest showcases for King as soloist during the concert. The rhythmic propulsion of the tune finally wound down to a dramatic diminuendo, with muting inside the piano and light drum accents having the final word. As always the group put on a great show full of the kind of energy associated with rock bands, regardless of the rhythmic variety in the compositions. The close camera work gave an unusually intimate perspective on both the playing and the easy camaraderie between the players. 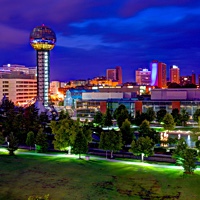