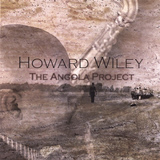 Music has often been used to commemorate the indefatigable resolve of the human spirit in the face of great suffering. Countless interpretations of field hollers, slave chants and spirituals have been re-envisioned by trained musicians, only to have the raw, unrefined soulfulness of the originals smothered by academic excess.

A piquant blend of brass and strings, Wiley augments a horn-heavy, piano-less New Orleans styled line-up with a pair of violinists and a trio of vocalists. Utilizing an assortment of line-ups throughout the album, the ensemble ranges from a stripped-down saxophone trio on a swinging rendition of Ornette Coleman's "Peace" to ten musicians on "Trouble of the World."

The rhythm section and brass play with an appropriately ragged edge, but the operatic vocalese of Faye Carol, Jeannine Anderson and Lorin Benedict soar with an ethereal grace that elevates the session beyond mere formalism. Hauntingly transcendent, they bring an austere otherworldliness to the proceedings, drawing a historical timeline to the seminal 1960s vocal/choir experiments of Max Roach.

The Angola Project shares thematic similarities with both Wynton Marsalis' From The Plantation To The Penitentiary (Blue Note, 2007) and David Murray's Sacred Ground (Justin Time, 2007). Back in the early 1980s, the jazz press was filled with inflammatory articles trumpeting the culture war between the upcoming neo-conservative "young lions" (Wynton Marsalis) and the liberal, post-loft jazz generation (David Murray).

Reconciling the aesthetic differences of both camps with emotional conviction and compositional forethought, Wiley's efforts are closer to Murray's (who contributes a stirring solo on "Angola"), delivered with a rousing freedom unheard on Marsalis' recordings. Rough yet refined, The Angola Project is a powerful conceptual statement.