By Karl Ackermann
February 25, 2017
Sign in to view read count 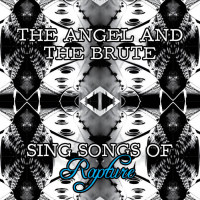 The Angel and the Brute Sing Songs of Rapture presents musical enigmas to be sure, but it reliably spikes with energy and intelligence that cannot be overlooked. Even when the playing reaches its maximum freedom, Wallace and Pumpelly approach the music with a clear purpose, if not a conventional methodology. Wallace plays with the brilliance of Matthew Shipp and Alexander Hawkins combined and Pumpelly's multi-instrumental background enables him to bring a distinct musicality to the drum kit. This is a unique album, full of surprises and it rewards repeated listening.