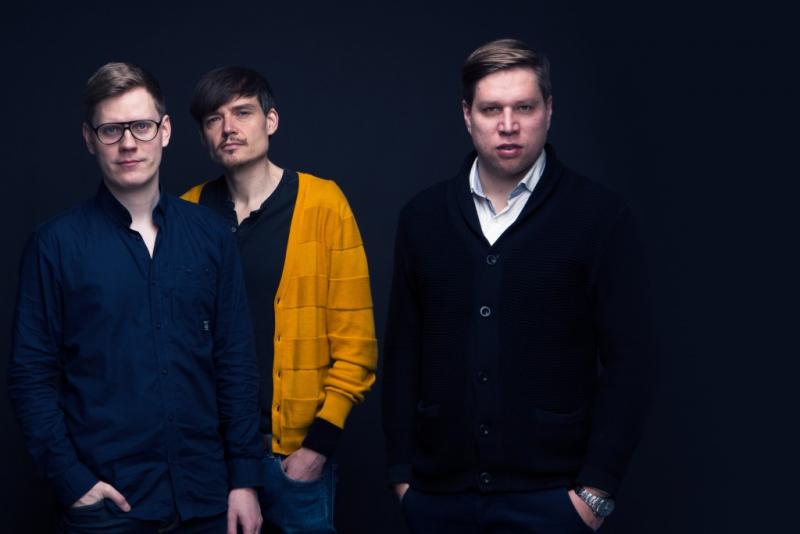 Any reservations that this music is too technical are nullified hearing it performed live.
&#151Anthony Shaw

Espoo in southern Finland is nominally a city, having its own emblem, transportation system and council though for most people in the vicinity of Helsinki it's merely a close suburb of the metropolis. However every spring it comes into its own hosting the April Jazz festival mainly in the Tapiola Gardens area, heralding the start of the yearly Finnish festival music scene -and it's been doing that now for 30 years, come wind come shine.

As in earlier years, the lineup this year was a mix of local and international artists, and despite the current woes of the Finnish economy the roster this year seemed even more in the foreigners' balance featuring Take 6, Robert Glasper, José James and more.But this also an event that local artists take to feature current releases, such as Jorma Kalevi Louhivuori Quintet's Almost American Standards and the latest of Aki Rissanen's projects, his Trio, and the music of Amorandom.

The music itself has already received very positive reviews, and it's well known that the music has been in gestation a long time, having been originally written to accompany a film by fellow Finn, Tuula Leinonen. (A live 2013 recording of the band accompanying the film is on Youtube.) This may also go some way to explain the overall impression of purposeful tension that the music conveys with the frequency of strongly rhythmic compositions, right from the evening's first piece "Pulsar." With bassist Antti Lötjönen pounding a quirky 9/4 rhythm and Teppo Mäkynen matching the accumulating tension around his drum kit, the trio laid down the template for their show.

Following the same listing as the album, the trio worked intensively but joyously to explore the intricacies of the pieces. Some, such as "For Rainbows" and later "For Jimmy Guiffre," were more transcendent with Rissanen's touch on the piano delicate, sometimes using his left hand directly on the piano strings, and Mäkynen performing the latter piece wholely on brushes. Frequently though the rhythm burst back through, very ostensibly on Rissanen's short solo piece "Eye-opener"!

Any reservations that this music is too technical are nullified hearing it performed live. The band work hard to maintain the intensity of the recorded tunes, providing a riveting concert. As on the recording, there was variety in all departments except the excellence and power of the musicianship. For followers of the Nordic scene it's clear that Trio Töykeät have indeed found worthy successors for all the laurels they garnered.