By EYAL HAREUVENI
December 21, 2013
Sign in to view read count 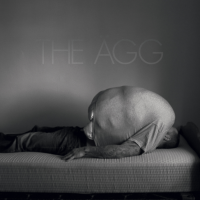 Put three electric guitarists, three electric bassists and four drummers in one room all coming from the vibrant Stockholm scene of free improvisation, free jazz and art rock. Let them jam freely, lock in hypnotic grooves that loosely sound like Fela Kuti's Afro-beat bands or worse, like North Korean marching bands on acid, sketch noisy textures that brings to mind Captain Beefheart in its wildest psychedelic moments or the voluminous symphonies of Glenn Branca in its poetic passages and you begin to get an idea how The Ägg sound.

The three pieces feature The Ägg playing with chaotic abandon but also with commanding control. The massive sound erupts immediately, collide violently with intense, urgent noises and moves forward in huge, nervous waves then backwards with walls of dense, metallic sounds and a loose consistency and with no attempt to develop a a clear narrative of progression. Thety then disperse in space and soon begin to accumulate again till the next sonic climax. Slowly this complex, restless and mulch-dimensional sonic universe becomes clearer and more nuanced and attaches detailed colors and rhythms as it reaches the third and more reserved piece, "Lapse."

Version Of An Event; Teledeportation; Lapse.