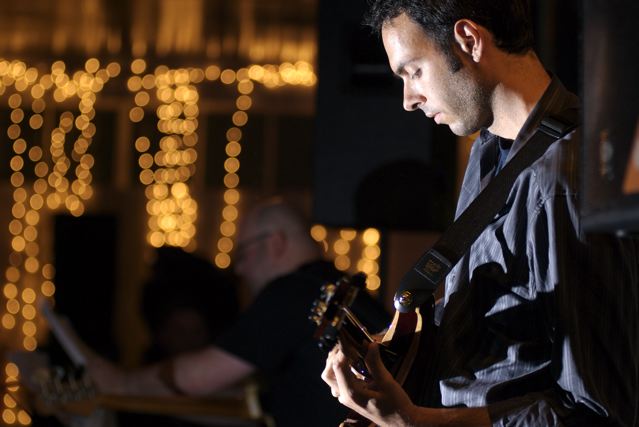 BY AAJ STAFF
January 30, 2011
Sign in to view read count
Meet Tassos Spiliotopoulos: Tassos Spiliotopoulos is a Greek guitarist/composer based in London, UK. His compositional approach blends contemporary jazz with modern classical, folk and even rock fusion. He has released two albums under his own name: Wait for Dusk (Konnex, 2006), and Archipelagos (F-IRE, 2010.

Your sound and approach to music: I have a wide range of influences that comes from listening to as well playing extremely diverse styles of music. I express this blend of different sounds and experiences through improvisation and composition and I find the guitar to be the perfect instrument for that, because of its versatility.

Your teaching approach: I try to get students to focus on developing basic elements of musicianship such as knowledge of the instrument, technique, time and good ears. I do this with sets of exercises designed to target each area.

Your favorite recording in your discography and why? My two personal albums: Archipelagos, the new album, for capturing some great playing moments and also experimenting with compositions that heavily feature the guitar. Wait for Dusk, my first album, for creating a very special band sound that gave life to my compositions.

The first Jazz album I bought was: John Scofield, GrooveElation

What do you think is the most important thing you are contributing musically? Coming from a slightly different angle, I think my compositions as well as my playing bring something new to the jazz table.

As a teenager I was really into heavy metal...I still am a little bit :)

How would you describe the state of jazz today? There is some very exciting new stuff happening, and some things that are just repetitions of the past. I'm all up for the new stuff!