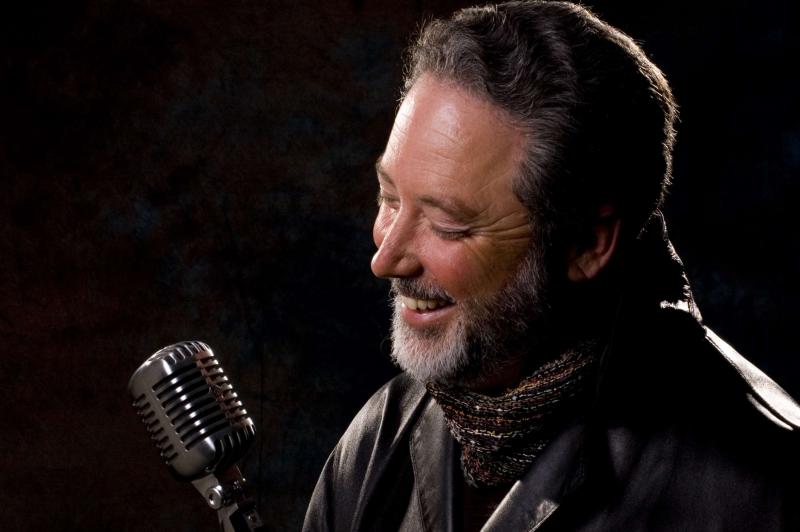 BY RON KAPLAN
September 24, 2014
Sign in to view read count
Meet Ron Kaplan:
Ron Kaplan's musical style is reminiscent of the great singers of the 1950's continuing the tradition of performing songs from the Popular and Jazz Standards of the Great American Songbook.

Critics note Kaplan's phrasing, tone, relaxed style, and his ability to get to the heart of a song with his own mark of musicianship, while featuring superb musicians in his live performances and on his recordings, enjoyed around the world.

His latest recording entitled: Ron Kaplan Retro, is a 4 disc themed retrospective from 6 of his recordings. www.ronkaplan.com

In addition to his career as a concert performer and recording artist, Ron Kaplan also is the founder and executive director of American Songbook Preservation Society, a non-profit organization whose mission statement is: "To preserve our cultural treasure known as the Great American Songbook by performing this music at home and abroad as Ambassadors of Song." For more information, go to www.greatamericansongbook.org

Teachers and/or influences?
The great Singers of the 1950's and early 60's, and when there was a good song, each of them sang their own arrangement leaving a legacy for all of us to enjoy. To me the Jazz Standards of the Great American Songbook is the zenith of American Songwriting.

I knew I wanted to be a musician when...
I think that Singers are born. And, I am one of them... There are anecdotal stories of me singing into a wooden spoon at age 3 and 4. Thank goodness we live on a musical planet. As Duke Ellington once said "Music is my Mistress"

Your sound and approach to music:
I have always strived to find my own voice, which I believe is the ultimate goal as a jazz musician. We are all part of the stream that came before, is present now, and flowing on into the future.

My mantra has been to carry on the tradition of singing these songs and finding the story within myself and expressing the sentiment of the song while pealing away the layers of the onion.

Your teaching approach:
I will only say that I truly believe that anyone can deliver a song if they can only be authentic to who they are when selling the song.

Mentoring is a time honored tradition in jazz historically and it is important in carrying on these traditions that we share our knowledge with those coming up after us to secure a future for our past.

Your dream band:
I have always enjoyed working with the best players I can and in particular as a Singer to work with an Accompanist that gives me new choices I had never had an opportunity to explore previously.

The most fun I can ever have is in working with highly accomplished musicians who are listening to each other in the moment. That is when anything can happen, and in those eternal moments of now we can make choices that shape the experience and the outcome of the picture we are painting at that time in that moment.

Favorite venue:
I am lucky to live in Santa Cruz, home of Kuumbwa Jazz Center.

I did have an opportunity to perform every Sunday for 12 years at the Capitola Wharf over the Pacific ocean in the Monterey Bay, and on a clear day it was magnificent.

Your favorite recording in your discography and why?
I'm just releasing a 4 disc themed set from 6 of my previous recordings entitled Ron Kaplan Retro (Retrospective 1997-2007) with a Twist of Latin, Ring-A-Ding-Swing, Balladeer, and Ryhthm 'N Blues.

I must confess that I love to sing a bluesy ballad and Harlem Nocturne from my recording New York is a prime example.

The first Jazz album I bought was:
When I was a teenager there was a record store in a mall nearby and I was given a promotional copy of an Erroll Garner recording with "Misty" on it.

My father later told me an anecdote of going out to a club on Santa Monica Blvd in L.A. in 1949 or '50 with his two friends after a gig (he played trumpet) and there was no one in the house. When my dad and his friends sat down, Errol played an entire set for them and as usual wrung out every note of every song as he is known to do.

And that my friends is an example of a genuine Jazz musician and professional entertainer!

What do you think is the most important thing you are contributing musically?
Keeping the wonderful music of the Great American Songbook going, and working on ways to keep preserve our cultural treasure for future generations through the goals and mission of greatamericansongbook.org

Did you know...
Besides singing I enjoy acting and if you visit my website ronkaplan.com you can find samples of some of my work as an "Actor out on loan."

CDs you are listening to now:
Funny thing is that I don't listen to music much anymore other than when I am playing or watching live music. I do find myself singing and working on phrasing of the repertoire I normally sing, and have even been experimenting on bring a jazz phrasing sensibility to other genres of music like the Beatles.

I do enjoy the historical content available on YouTube and have posted much of my own material there as well.

How would you describe the state of jazz today?
I honestly couldn't say.

What are some of the essential requirements to keep jazz alive and growing?
Funding, Creating new audiences, Education, Exposure.

What is in the near future?
As I mentioned, I'm just putting out my Ron Kaplan Retro project project and seeking funding to build out my dream website as a destination on behalf of the music of the Great American Songbook allowing us to fulfill our mission through greatamericansongbook.org and keeping this legacy going for the next hundred years and beyond.

What's your greatest fear when you perform?
By the time one gets to the point of actually performing, all of the fear and anxiety of making it happen, putting it together, publicising, shepherding the musicians, and making sure every little detail has been handled as a bandleader, it is more of a relief to finally get to that moment. At that point, I need to make sure I can source the energy required and create a happening to give a good performance for the audience.

Being in the middle of a song during a performance is my favorite place to be.

What song would you like played at your funeral?
I think just having some of my music playing softly in the background would suffice...

What is your favorite song to whistle or sing in the shower?
In all honestly, I've never been a shower singer, although I used to kid about appearing nightly in my bathroom re:"singing in the shower"

By Day:
After being retired for 5 years, as an Insurance Agent, I went back to work for a newspaper that is 158 years old in the town I live as an advertising consultant and work with some of my former clients.

One day soon I hope to be able to monetize my passion for music and dedicate the rest of my life to building an organization to stand the test of time and continue the legacy of the Jazz Standards of the Great American Songbook and be able to play it forward by handing the love and care to future torch bearers.

If I weren't a jazz musician, I would be a:
I would still be a Singer no matter what because you see... I was born a Singer.

Champion of the Great American Songbook and singer of jazz standards.