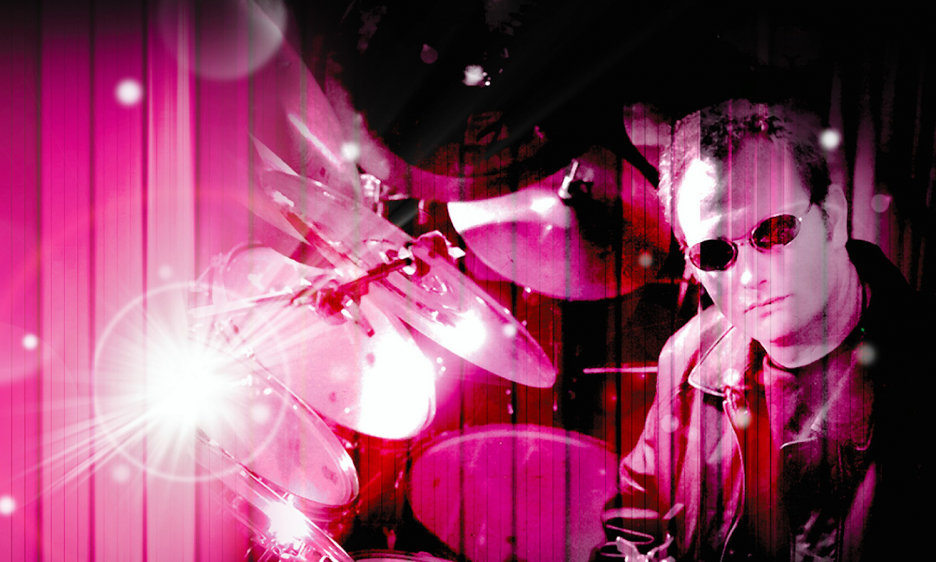 BY ISAIAH STEWART
July 18, 2018
Sign in to view read count
About Isaiah Stewart

Since the release of his debut album Life Games in 2000, Isaiah Stewart has emerged as a unique indy voice in contemporary urban jazz-funk. Seeking to carry on classic "old school" jazz/R&B traditions, the versatile drummer's hard-grooving yet fluid music has led to a total of five albums and nearly 10 million downloads and streams worldwide.

The album dropped only two weeks ago and the opening track on the album, "Summer Girl (featuring Randy Brecker)," has already been nominated for "best jazz composition" by the Hollywood Music in Media Awards.

Isaiah's global popularity as an artist began 2001 when "Midtown Funk," his single from "Life Games," charted to 15 on MP3.com's overall worldwide top 40, surpassing songs from popular artists including Madonna, Eminem, Mariah Carey, Faith Hill, Linkin Park, The Offspring and Sum 41. At the time, MP3.com was the world's number one digital music site, receiving more than 35 million visitors a month, and during that year, the site's jazz top 20 simultaneously contained all 14 tracks from "Life Games."

Like many composers, I consider myself a multi-instrumentalist but always felt it's better to excel on one instrument than to be average on many. So drums are my primary instrument where I focus the lion's share of my time, however I also play piano, hand drums, percussion, electric bass and trombone.

Classic fusion and funk drummers first and foremost. Billy Cobham, Steve Gadd, Tony Williams, Alphonse Mouzon, Harvey Mason, Lenny White, Mike Clark, Dave Weckl and Vinnie Colaiuta. I've been fortunate to study personally with so many world-famous drummers, and when icons you grew up idolizing become familiar with your music and refer to you as "a master drummer," it's the greatest feeling in the world.

I first heard "Prelude" by Eumir Deodato as a six-year-old child and became obsessed with the entire album. Billy Cobham's drumming just blew my mind and weeks later I saw my brother's high school jazz band perform live—such an explosion of sound and energy! I was in a trance and could not take my eyes off the drummer. I immediately knew that was the instrument for me.

I was nine years old drumming for the family band and we had a performance at a national magician's convention. I had butterflies so bad I doubled over and almost couldn't stand or walk to the bandstand, but once I started playing the butterflies went away. I had practiced these songs so much muscle memory took over.

I love deep funky drum grooves with heavy fat-bottom bass. But I also adore lush sophisticated jazz chords and pretty, soulful melodies. As a composer I find myself drawn toward layering all these elements together and I never lose sight of my listeners. My goal is to create groove-oriented jazz accessible to the average person—but without dumbing down what is a beautifully complex art form. A daunting task but I always smile when a country or pop fan says to me, "You know I've never liked jazz but I really enjoy your music."

At 4 years old, I climbed on the family piano and started hitting the keys. A few hours later I had formulated a 3-minute pattern of various key strikes into a "song." I named this noisy little thing: "Rectangles." I grew up in a musical family with a father who ran his own jazz bands in Utah and Idaho and a soprano mother who sang opera locally with world-renowned maestro Maurice Abravanel. Once Mom and Dad heard "Rectangles," they decided it was imperative I get started on learning music theory for the sake of their sanity.

My dream band has always included Randy Brecker on trumpet, Eumir Deodato on Fender Rhodes electric piano, Tom Scott on saxophone and Jamie Glaser on guitar. Thanks for a perfectly timed question as this also happens to be the line-up on my new album.

Gigging in Park City, Utah, during the dead of winter with temperatures of 18 degrees Fahrenheit. I was drumming for a private party and the venue was on the third floor. One small problem: the building was "historic" and didn't have an elevator. Our gear included massive cabinets, amp stacks and huge speakers and the only way up was this narrow three-story fire escape with metal stairs all packed in four inches of pure ice! Amazingly none of us wound up a "trauma one" at the local emergency room.

Three recordings stand out for me personally. "Funky Days" because Randy Brecker's expansive free-form solo just takes my breath away—so much jaw-dropping control, dynamics, technique and emotion. "Westside Funk" with Eumir Deodato because the four-on-the-floor beat of the track is my homage to his countless chart-topping dance grooves—then to hear his classic Fender Rhodes solo as an added bonus! Lastly, "Hollywood Funk" featuring Tom Scott because he is truly the master storyteller of sax improvisation in terms of building a stunning solo packed with deep melodic lines that explode in a wailing and spectacular finale.

I hope I am making someone's day better having heard one of my songs. I remember as a teenager when I left school feeling discouraged or down. I would go home and immediately drop the needle on "Swing Funk" by Jeff Lorber Fusion and suddenly my spirit was soaring and I didn't have a care in the world. To liven up someone's day is the single most important thing my music can contribute.

I'm a black belt in karate. I started studying Wado Ryu at 15 years old and finally got my first degree black belt seven years later. I used to compete in the ring and even won several trophies—nothing higher than 2nd Place though, and I suffered lots of fractures that I still feel when the weather gets cold.

I think this is a common story. I'm a child hanging out at my local record store. An employee puts on Ronnie Laws "Always There." I have chills running up and down my spine. I instantly run to the counter and ask them what I'm hearing. I then bolt to the jazz stacks, pick up "Pressure Sensitive," plop down my $5.99 plus sales tax, take it home, and proceed to wear the vinyl off the record.

Strong, especially in terms of live performing. Social media is providing artists powerful touring tools, and I'm seeing artists in Utah who never would've shown up before—and the venue is sold out. Decades ago an artist would've needed to take out expensive newspaper and radio ads to promote their shows, but today their Facebook and Twitter feeds simply inform fans 24/7 when they're performing in their area.

Not stopping. It's been the same goal I've had since I began composing my first album in 1996. Just keep on keeping on and never look back. I'm already composing the next album and will continue to get the word out globally on "Summer Beat" for years to come.

I have played over 1,000 gigs in my life and my greatest fear remains the same: that the audience won't dig what you're playing. There is no greater high than when an audience digs what you're laying down. There's this cosmic energy exchange. Your music powers them up and they, in turn, supercharge you with their own exuberance. The night passes far too quickly and you come off the bandstand drenched in sweat and feeling exhilarated.

Virgil Donati "Alien Hip-Hop." Just to blow minds and liven things up. Hopefully someone at the wake would be kind enough to mention that I could play the brutal displaced double-kick shuffle on the track—not that anyone ever comes close to playing a Virgil groove better than the master himself.

I'm not much of a morning person so I don't really whistle or sing in the shower, however my wife frequently sings a medley of early Beatles hits.

I'm an MRI Technologist for Intermountain Healthcare, the same provider our most recent Presidents have praised as the ideal model for national healthcare. Challenging job but I love it. You have to know your human anatomy, physiology and quantum physics inside and out. Working in healthcare has made me a much deeper musician, composer and artist. Helping people of all ages and walks of life really affects your heart and engages your emotions and empathy on a daily basis.

Vincent Van Gogh. I'm such a huge fan of his wonderfully vivid paintings and would really love to ask him about his creative process—what he was trying to communicate through his work and his choice of paint and colors and how he applied them to transport us into his vision.