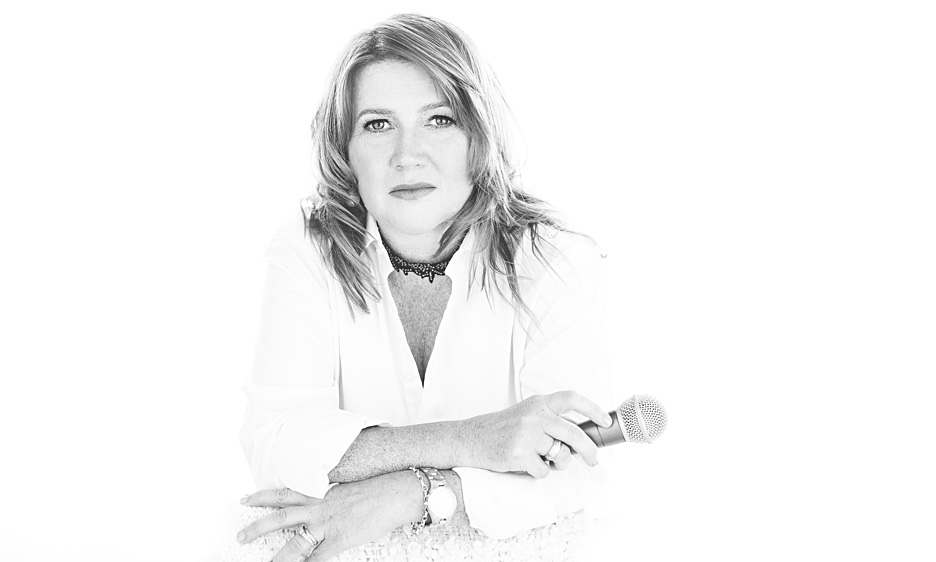 By BEATRICE BETLEY
August 28, 2020
Sign in to view read count

Beatrice is an acclaimed vocalist, producer, songwriter and composer, whose roots originated in Hamburg, Germany. Throughout her musical travels, her love of the craft started at an early age. Singing basically before she could even walk, Beatrice learned to play the guitar, recorder, and recently the piano to add to her repertoire. Her music spans genres as she blends elements of jazz, '80s pop, EDM, Argentinian folk and dashes of flamenco and fado.

My instrument is my voice. Although I also play the guitar (I have a Yamaha NTX1200R nylon string and an Epiphone Wildcat Hollowbody in sparkling red) and have started playing the piano, I always saw the instrument as a means to accompany my singing.

I was very lucky that my father had to travel a lot internationally when I grew up. And he always brought back regional music from his travels. The first music I remember listening to was Mexican mariachi music (which probably made me fall in love with the guitar and trumpet) and Caribbean steel drum bands. Not the average music you expect a little German girl to listen to. My parents also listened to a lot of Jazz which I learned to appreciate when I was a bit older. I grew up just down the road from where the original North Sea Jazz Festival was held, in The Hague, and if the wind came from the right direction I would just sit in the garden and listen to the music that was performed in the outdoor pavilions. To this day, I'm a great admirer of Ella Fitzgerald. I just love the way she flirts with the notes, how she makes the most complicated melodies flow effortlessly. I actually have a painting of Ella Fitzgerald by Richards Day in my home studio, as inspiration.

I always loved music, made music, wrote lyrics, performed and had vocal coaches (Mark Drost, Sanna van Vliet and Nicole Jordan). However, it was only a couple of years ago when I had some serious issues with my thyroid and was facing the possibility of an operation that I realized how much music meant to me. I swore to myself that should I be able to tackle my thyroid issues without damaging my vocal chords, I would take my passion seriously, use my lyrics, write the music I wanted to write and make an album.

My music is often described as transcending genres and I would agree with that. I call it crossover jazz, as I draw my inspirations from many different genres. But what is consistent is my love of jazz. Most of the songs I write start with the lyrics, which come to me from observing life, and the feeling I get from them. The lyrics then translate into a melody and composition and usually it ends with me re-writing the lyrics because they no longer work rhythmically. This was the case with "Words" (about 23 times).

Listen to your heart. Music is the one thing in our life that speaks directly to our emotions. How does this piece of music make you feel and what do you want to express with it? Then use this emotion, translate it with your instrument and make your audience feel it. It doesn't matter if your instrument is your voice, a mandolin or marimba. If you play classical music, country or jazz. Music is about feeling -not thought.

I don't really think I have one. There are so many great musicians, I always discover more.

Many years ago, I was participating with a friend (Jess Hills) in an international singer-songwriter contest. Her music, which was country-folk, inspired our vocals and guitar. The contest was so badly advertised that nobody came and the entire week turned into artists performing in front of other artists. We created a good atmosphere among ourselves, though!

I prefer smaller venues where you can interact with the audience, see how they react to the performance and build on that relationship.

My parents have a Mahalia Jackson recording, one of the old, breakable records. There is just something about these old recordings you can't replace, the warmth, the distortion because of the technology of the times, those crackling noises -it's just wonderful.

I am not afraid to cross into different genres but still stay true to my own style.

I have two degrees in design and am fluent in six languages.

I think there are some very innovative artists out there and -depending on where you are -a good live scene. If anything, jazz has a marketing problem. The jazz scene has evolved—but public opinion is still stuck in what it used to be 30-40 years ago.

I encourage everyone who loves jazz to support the artists they love. Go see them play live, buy their music, create your playlists and include them in it. Stream, follow, like—it all helps. Most jazz artists are not signed by big labels who can afford to plan big PR campaigns for them. But I think we are very close to a tipping point where people are getting tired of listening to prefab music and want to get back to hearing real musicians play.

My first album Upside Down will be released on August 28. I wrote all the lyrics and music, made the arrangements and played a part in the production and most of it during lockdown thus behind the computer. So, I'm looking forward to actively playing music again! And working on new material.

Having to perform with a really bad cold!

A completely new (unrecognizable) version to the lyrics of "I Did It My Way."

"'Round Midnight" by Thelonious Monk

I have been: a designer, a marketer, a CEO.

From history? No one. I think I would only set myself up for disappointment because the real individual would be unable to live up to the persona history books created.

Are you an animal lover?

Yes I am! I have a wonderful dog named Fuji who is now almost 14 years old and behaves either like a puppy or a grumpy old man. His breed is a Shiba Inu, and one of the most frequent questions I get asked is "is it a fox?" (Which led me to call my record label Not A Fox Records) But I love all animals, no matter how small. We all have our part to play in this world.