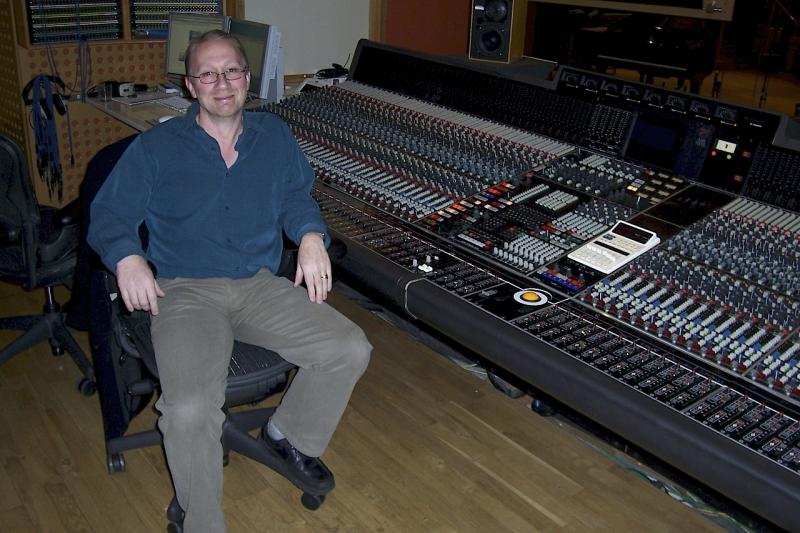 Born in London, Andy started playing the piano at the age of four and aspired to be a concert pianist. He had given his first radio and TV broadcasts by the age of eleven; however, in his early teens, an interest in composition sparked a change of direction and although continuing classical studies, he developed his skills in rock, jazz and popular music.

Having turned down a scholarship to the RCM, he studied at Keele University graduating with a degree in Music and Electronics. Andy studied composition and studio techniques with the late Tim Souster, whilst pursuing an interest in jazz with Professor Cecil Lytle from the Juilliard School of Music.

After graduating, Andy started writing for the De Wolfe Production Music Library. His first album Mirage, brought worldwide acclaim and he was soon sought after as a composer for TV and advertising. During the '80s, Andy composed music for many ITV series and some of the UK's best known advertising campaigns including the Oxo Family, with Linda Bellingham, Websters Bitter with Cleo Rocos, Birds Eye Menu Masters, and the classic After Eight ad, where Albert Einstein and Marilyn Monroe are entertained by Liberace.

Central Television made a short documentary film about Andy's work at this time. After great success in the American TV and film market during the early '90s, in order to spend more time with a growing family, Andy decided to move to the countryside and to concentrate on production music at his purpose built private studio. However, an interest in World Music saw him writing and producing a number of tracks for the international bestselling album One World, which achieved number 3 in the UK charts. He also contributed music to the IMAX natural history Film Wolves, in 1999.

More Recent work includes period music on the Academy Award-nominated documentary feature My Architect, Boardwalk Empire, Definitely Maybe and Marple. Commercials include; Scholl 'Party Feet,' "Terry's Chocolate Orange,' with Dawn French, Fairy cleaner with Ainsley Harriot. Britannia "Fair" and Pedigree Chum . Writing his 68th album for De Wolfe, and with thousands of broadcasts every year in all continents, Andy is probably one of the most successful production music composers in the world.

Prof. Cecil Lytle from USCD was great teacher, introducing me to the work of John Coltrane.

I first sat at a piano at age four.

I love almost all great music in all genres—baroque, romantic, pop etc. I listen all the time and try to put the emotions I feel into the music I play and write.

I love working with great musicians and have worked with quite a few over the years. On the jazz side I have very fond memories of working with the late Pete Coterill, who had the best feel on brushes you could ever want, I really admire and enjoyed working with Guy Barker, and I really enjoy projects with British saxophonist Tony Woods.

My old colleague and friend ( unfortunately now deceased), drummer Pete Coterill, stepped on one of those massive old weighing machines in a pub, the indicator did a paradiddle on the end stop and then broke! Another old friend and drummer, Dave Shipp, managed to get his glasses caught on his drumstick, whereupon they were flung out into the middle of the dance floor among a reveling, New Years Eve crowd!!

Stafford Gatehouse theatre—made me very welcome and I felt like a VIP.

The Best of Art Tatum.

Impossible! It would have to include Earth Wind and Fire, Debussy, Bach and Rachmaninov.

Not so good in the UK, although there are some great young players. Recent events I have been to have been poorly supported. There is really just a hard core of enthusiasts. We need to enthuse younger people.

Attract new and wider audiences by being more outward looking and accessible. Not to be too "clever."

Recording an album of light jazz for de Wolfe, destined for the US Market.

Trying to do more solo piano performing before I get too old!

That I won't give my best and the audience will not be moved by my performance.

I can't whistle or sing.