Hailing from the remote location of Perth, West Australia, saxophonist and multi-instrumentalist Troy Roberts has received numerous accolades including three DownBeat SM Jazz Soloist Awards, two Grammy Nominations, and was semi-finalist in the 2008 Thelonious Monk International Jazz Saxophone Competition. Graduating with a Bachelor of Music at the young age of 19, he has performed around Europe and the US extensively with artists such as Jeff ‘Tain’ Watts, Joey DeFrancesco, James Morrison, Aretha Franklin, Van Morrison, Christian McBride, Sammy Figueroa, Billy Hart, Dave Douglas, Orrin Evans and Kurt Elling to name a few, and also completed a Masters Degree at The University of Miami 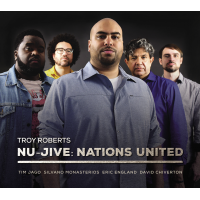 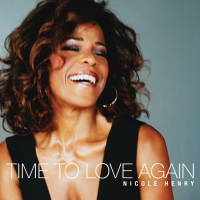 Label: Banister Records
Released: 2022
Track listing: Feeling Good; Midnight At The Oasis; Your Smiling Face; I Didn't Know What Time It Was; Is It A Crime; Until It's Time For You To Go; Wild Is The Wind; Love and Affection; OverJoyed.

New music from Australian saxophonist Troy Roberts with Nu Jive: Nations United, Forgas Band Phenomena The Electric Ear, Carlo Cantini quartet from Italy, Jonathan Lundberg from Sweden, and Derek Sherinian from Vortex and finally the re-issue of What It Is Montreal 1983 by Miles Davis.Playlist Alain Caron “Slam The Clown" from Rhythm 'n Jazz ...

The Seattle Jazz Fellowship, a 501(c)(3) nonprofit founded by trumpeter Thomas Marriott, was created in response to the loss of viable jazz stages showcasing the vibrant resident jazz scene in Seattle. While local jazz musicians and fans alike mourned the downfall of longtime resident haunts such as the New Orleans club and Tula's Jazz Club, Marriott ...

Troy Roberts is a two-time Grammy nominee who is becoming one of the most broadly recorded saxophonists of his time. Roberts' robust saxophone playing adorns several essential recordings ranging from the legendary Joey DeFrancesco to the iconic Van Morrison to the indispensable Jeff 'Tain' Watts to the assiduous Orrin Evans and the Captain Black Big Band, ... 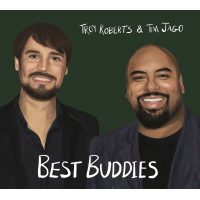 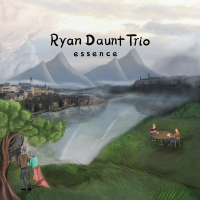 Drummer, educator, bandleader, and composer Ryan Daunt hails from Australia. Daunt is a graduate of the Western Australian Academy of Performing Arts (WAAPA) with a First-Class Honours Degree in Music, majoring in Jazz Performance. In 2016, he released his debut album. A busy sideman, Daunt has performed with a myriad of jazz artists including Kneebody, Troy ...

We speak to Melbourne keyboardist and music producer Phil Turcio about his new project The Quiet. Also music from guitarist Andre Nieri from his album Two Tone Sessions Live , German keyboardist MSM Schmidt and Australian saxophonist Troy Roberts from his album Stuff I Heard.Playlist Phil Turcio “The Futurist" from The Quiet (Self Produced) ...