Since forming in 2005 Trio Manouche have become regulars at the best-known venues and festivals across the UK, popping up at Ronnie Scott’s, King’s Place and Barbican Hall; Glastonbury, Secret Garden Party, Shambala, Boomtown & The Mostly Jazz Festival. They enjoy residencies at famous jazz and private clubs including The 606 Club, Le Quecumbar, Vortex, Mayfair Arts Club, Annabel’s, Green Note and Brasserie Zedel. In 2013-14 alone they have performed for private events in Berlin, Moscow, Hong Kong, Puglia, Rome, Stockholm, and of course countless beautiful parties on their home turf. Recent private engagements include the wedding of Alice Rothschild & Zac Goldsmith; a garden party for Lord & Lady Bamford; New Year’s Eve 2013 at Oxfordshire’s The Wild Rabbit and MGM Networks’ annual party, to name a few. The band are regular guest performers on various BBC Radio shows including a recent performance/interview on Radio 3’s “In Tune” 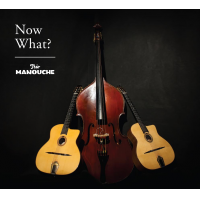 Sting, KT Tunstall and Suzy Klien (BBC) will be amongst Trio Manouche’s fans that’ll be eagerly anticipating the long awaited first album Now What? Now What? is the debut album, following the successful EP released back in 2012, for Trio Manouche, the UK’s most original and leading Gypsy swing band, and this debut will be launched, ...

Fall In Love With Swing 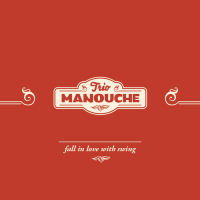