Tim Stevens is an improvising pianist, composer and scholar based in Melbourne, Australia. He studied at the Victorian College of the Arts (MMus, 1996) and the University of Melbourne (PhD, 2000), graduating from the latter with a thesis entitled 'The Origins, Development and Significance of the Red Onion Jazz Band, 1960-1996'.

He lived in Sydney from 2000-2001 and formed a trio there with Mark Lau (bass) and Simon Barker (drums), that travelled to perform at the Pori Jazz Festival and Umbria Jazz in 2001 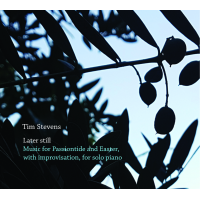 with whom you can be who you are 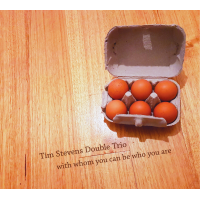 Tim Stevens Double Trio: with whom you can be who you are

Most jazz pianists with classical training in their backgrounds seem to feel the pull of of the strings: whether it be Bill Evans with his Bill Evans Trio With Symphony Orchestra Verve, 1965); Phineas Newborn, Jr. on While My Lady Sleeps (Bluebird/RCA, 1957); or, to bring it into the new millennium: Brad Mehldau's Highway Rider (Nonesuch, ...

I'll Tell You Later In December 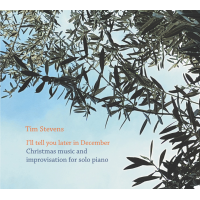 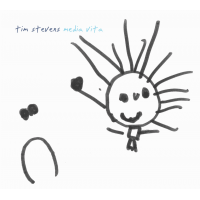 Pick your Christmas music, secular or sacred. The former probably gets more attention. “White Christmas," “Santa Claus is Coming to Town," “Rudolph The Red-Nosed Reindeer," and, of course, Chuck Berry rock'n “Run Run Rudolph." Earth-bound seasonal sounds that bring out the holiday spirit. But sometimes it seems the more sacred side of that equation ...

Australian pianist Tim Stevens chose the year 2016 to pump up his compositional prowess, vowing to write one tune per day. The challenge he set for himself resulted in three hundred and sixty-six tunes (2016 was a leap year), and Media Vita, twelve pieces culled from the year long effort. Classically trained, but working ... 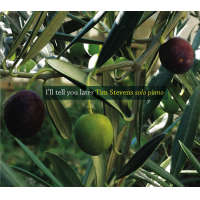