Results for "The Long Way Home" 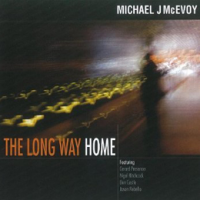 Label: Rezzonator Music
Released: 2014
Track listing: The Long Way Home; Dreams Dispersed; Silverlink Express; The Lamp On The Hill; A Lighter Shade Of Blue; Shadows Of The Truth; Stillness And Being; When I Get My Wings.

Michael J McEvoy is something of a musical chameleon--a composer, instrumentalist and producer who's played a crucial role in many musical projects without grabbing the limelight. He's composed film soundtracks (including 2008's Me And Orson Welles), and worked as musician or producer with an extensive array of artists including Ian Dury, Sting, Scritti Politti, the Bee ... 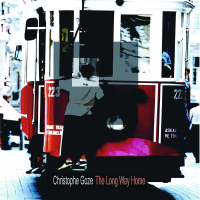 The review in a moment. First, the nit–picking. When a singer has such first–class material as “Let’s Take the Long Way Home,” “Baltimore Oriole” or even “Anywhere I Wander” to choose from, why would he or she open an album, as Dominique Eade does, with something as hackneyed as Elton John / Bernie Taupin’s “Come Down ...