Dominique Eade's voice is agile and versatile, perfectly suiting her formidable improvisational skills. A fierce interpreter of standards, Dominique is also a composer and lyricist, and has taught vocalists and instrumentalists at her alma mater, New England Conservatory, for twenty two years.

Eade has been a featured vocalist and composer in the Boston Globe Jazz Festival, the Jazz in Toulon Festival in France, the Molde International Jazz Festival in Norway, the What Is Jazz? Festival in New York, and the Iowa City Jazz Festival, and an artist-in-residence, clinician, and performer at the Wichita and Litchfield jazz festivals. Eade performs regularly in the U.S. and Europe.

A frequent nominee for Outstanding Jazz Vocalist in the Boston Music Awards since 1988, and the 1997 and 1999 winner in this category, Eade was also designated “Best Jazz Singer” in Entertainment Weekly's Regional Raves in 1997 and nominated for best new artist by the First Annual Jazz Awards (New York) in 1998. She was recognized in the 1998 Down Beat critics poll as “Talent Deserving Wider Recognition.”

Her debut CD on RCA Victor, “When the Wind Was Cool,” appeared in 1998 Top Ten lists in the Boston Globe, Boston Herald, Boston Phoenix, and in Jazz Times and Jazziz magazines; her second RCA Victor CD, “The Long Way Home,” was released in 1999, with contributions by Dave Holland, Victor Lewis, Mick Goodrick, and Bruce Barth

. Her earlier CD, “My Resistance Is Low,” was voted one of the Top Ten Jazz CDs of 1995 by Billboard. Her highly-acclaimed first recording, “The Ruby and the Pearl” was released in 1990 on Accurate Records. Show less

Dominique Eade Celebrates 20 Years on NEC Faculty with Recital of... 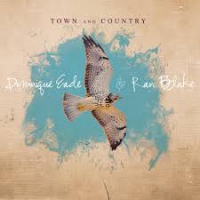 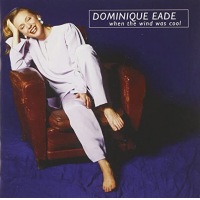 When The Wind Was Cool 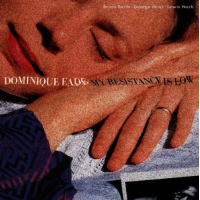 My Resistance Is Low

From: Town and Country
By Dominique Eade

All About Jazz musician pages are maintained by musicians, publicists and trusted members like you. Interested? Tell us why you would like to improve the Dominique Eade musician page.