Elio Villafranca Quintet Makes Their Debut At Smoke On October 24-27! 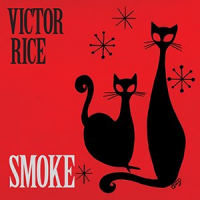 When I heard this one was coming out I couldn't have been more excited! Easy Star Records described Smoke as a blend of Brazilian Jazz and Rocksteady, so I knew it would be excellent.Legendary Reggae producer, Victor Rice, has been living in Sao Paulo, Brazil since 2002 so an original album made from his ...

All About Jazz: You have recently released a new CD, Chasing the Unicorn (Posi-Tone, 2017), just a year after the release of Restless Idealism (Origin, 2016). Albums are like a snapshot of a timeframe, how has that musical image changed in a year? Roxy Coss: More back story is it was recorded more than ...

MAXJAZZ has set Tuesday, November 8 as the offical release date for A New Kiss, pianist David Budway's debut recording for the St. Louis-based independent label. A veteran performer and educator who plays classical and rock as well as jazz, Budway has played and/or recorded with many well-known musicians over the course of his career, including ...