Sebastian Schunke was born in 1973 and began learning classical piano when he was six. His main influences in the early stages were Beethoven, Brahms, Chopin and Debussy. At the age of 12 he began studying Latin jazz as well, being influenced initially by Eddie Palmieri and later by Gonzalo Rubalcaba, Chick Corea and Danilo Perez. In 1996 aged 22 Sebastian Schunke made the move to New York. It was a special challenge for Schunke as an European to not only come to grips with the rhythmics of Latin America but also to avoid following them in a traditional manner and instead to let them transform into a new groove in irregular measures, while at the same time colouring them with the influence of his European roots, so enabling, along with native New Yorkers and European and Latin American musicians, something new and original to emerge. Sebastian dived into the New York Latin Jazz scene and studied with Garry Dial, Manhattan School of Music, Sonny Bravo, Hilton Ruiz and Alan Gampel 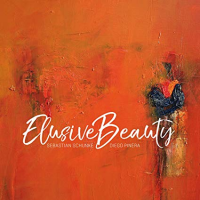 German pianist/composer Sebastian Schunke has a sound firmly rooted in Latin jazz, but he has never shied away from bringing in European influences as well. His previous album Genesis, Mystery And Magic (Nwog Records, 2014) employed a conventional sextet with horns and percussion--but also included Interludes of introspective solo piano. Elusive Beauty presents a conscious move ...

German pianist/composer Sebastian Schunke began studying classical piano at age six. When he started learning jazz at age 12 he was quickly exposed to Latin jazz, and there was no turning back. He moved to New York City in 1996 (age 22) and divided his time between the Manhattan School of Music and immersion in the ... 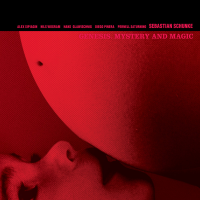 German composer/pianist Sebastian Schunke continues on his unlikely Latin jazz path with Genesis, Mystery And Magic. The band is a blend of members of his Berlin quartet and New York City players. This album was recorded in Berlin, but Schunke studied in New York and has recorded there in the past--in some ways this session integrates ...

Part 1 | Part 2 Festival International de Jazz de Port-au-Prince Port-au-Prince, Haiti March 4-11, 2017 Haiti: the only nation in the world established as the result of a slave revolt; home of Vodou. Haiti: poorest country in the Western Hemisphere; subject to devastating hurricanes and earthquakes. Most potential visitors ... 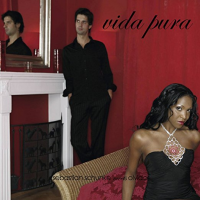 Back in New York 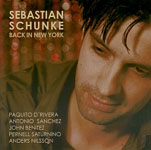 Sebastian Schunke: Back in New York

There are several aspects of Sebastian Schunke's new record, Back in New York (Connector, 2008) that make it stand out from the slew of records that young pianists produce. First is that the music is complex, sophisticated, and superbly crafted--a sure sign that its composer has already reached a high degree of maturation. Second, ...