Glimmers of hope, turning a corner

This 2021 edition of Jazz Appreciation Month underscored the notion that we can’t take the music or its makers for granted. Especially after the past year: clubs shuttered temporarily or permanently, or forced to present music to their supporters virtually via webcasts because of limited or no live audiences. Musicians without steady gigs or, in some ...

Tierney Sutton The Jazz Corner Hilton Head Island, SC February 8, 2020 When a lady has chosen nine new outfits, attended nine nerve wracking awards dinners and been nominated for nine Grammys since 2006, it would simply be impolite not to vote for her to win next time. Tierney Sutton certainly ...

Gregg Allman's most visible contribution to rock music is as lead singer, organist, and songwriter within the Allman Brothers Band, founded by his brother Duane (d. 1971) in 1969. He has never threatened to eclipse the band that carries his family name, but he has found occasional success and popularity with his solo work, which is distinctly different, more soulful and less focused on high- wattage virtuosity. Allman's instrument is the organ, and he is most effective, when he is in top form, as a singer. His first instrument, ironically enough, was the guitar, and he took it up before his older brother Duane did

On Sunday, July 31 jazz guitarist Jackson Evans will release his first recording as a solo artist at Blowin Smoke BBQ in Savannah, Georgia. The album, titled Song Noir, features a collection of original jazz compositions paired with a few jazz standards. The songs range in energy from the quirky, forward moving Adventures of Maximilian to ...

The Savannah Music Festival (SMF) is trying to raise a minimum of $25,000 for music education through kickstarter.com, a fundraising website that supports creative projects through an all-or-nothing funding method. Kickstarter enables funding at any level (as little as $1), imparting confidence in donors by ensuring that pledged funds are only collected when the project is ... 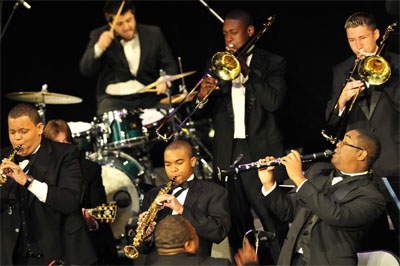 On the heels of one of the country's biggest St. Patrick's Day celebrations, the 2010 Savannah Music Festival opens on Thursday, March 18th with a concert featuring Chinese pianist Lang Lang with the Atlanta Symphony Orchestra, along with Mike Marshall's Big Trio premiering the newly-commissioned “Suite Savannah" on a co-bill with new favorites of western swing, ...