Sam Butera was a saxophone player, best noted for his collaborations with Louis Prima and Keely Smith. Butera is frequently regarded as a crossover artist who performed with equal ease in both R & B and the post-big band pop style of jazz that permeated the early Vegas nightclub scene. Butera was born and raised in New Orleans, where his father, Joe, ran a butcher shop and played guitar in his spare time. He heard the saxophone for the first time at a wedding when he was seven years old, and, with his father's encouragement, he began to play. Butera's professional career blossomed early, beginning with a stint in big band drummer Ray McKinley's orchestra directly after high school 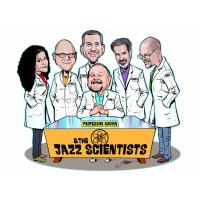 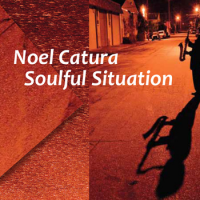 San Francisco Bay Area saxophonist/flautist Noel Catura's debut, Soulful Situation, is about as smooth and soulful a debut as possible. Unlike some smooth jazz recordings--passionless, contrived, and delivered as easy listening jazz for the masses--Catura and crew withhold little in terms of expression and energy on this collection of eight original compositions. The ...

Pianist Jessica Williams begins a free-wheeling and fascinating conversation with a fan by thanking him for the kind words he has spoken about her music. Then she adds: “But you don't always have to say kind words, you know, as long as you always say the truth."It's advice that is very much ...

352
Article: From Far and Wide

JAZZ FOUND A PLACE in more than the president's BlackBerry when the first lady invited some 150 young music high school students to the White House this summer for an afternoon workshop led by Wynton Marsalis and four other members of the distinguished trumpeter's musical family. The youngsters were instructed in “American History and Jazz," “Syntax ...

Just A Gigolo / I Ain't Got Nobody

Sam Butera and The Wildest, live in concert.
262
News: Obituary

Tenor sax player Sam Butera joined up with Louis Prima -- a fellow New Orleans native of Italian heritage -- in 1954, and for almost two decades they recorded hit albums for Capitol Records, were nightclub fixtures from Las Vegas to New York and appeared in movies and on television. He was best known for his ...

Swing saxophonist played with Prima Sam Butera, whose saxophone kept the Strip swingin' for 50 years, died Wednesday in Las Vegas. He was 81. The Louis Prima band, with Butera as his saxophone sidekick, gave Las Vegas a distinctive sound and a freewheeling, all-night image when they made the Sahara lounge “The Wildest Show in Town" ...

Sam Butera, the hard-driving, hard-swinging New Orleans saxophonist who was Louis Prima's longtime musical partner, died Wednesday in Las Vegas following a long illness. He was 81. Mr. Butera joined Prima's band in 1954. With singer Keely Smith, they built one of the most popular acts in the golden age of Las Vegas. Mr. Butera cooked ...