Ryan Shaw began his musical pursuits at the age of five on piano. By age 8, he began studying with Steve Noyd on percussion. After getting his first drum set at the age of 10, he began playing at his church regularly while participating in his school’s Band and Jazz Band. Ryan then moved with his family to San Diego, California where he began attending Poway High School and participating in their Marching and Jazz Bands. He was also selected as the drummer for the SCSBOA Honor Jazz Band in 2013. Ryan is now pursuing his Jazz Studies degree at the University of Southern California, studying under Peter Erskine. Outside of school, Ryan performs regularly with Gilbert Castellanos and Joshua White, and has had the opportunity to perform with Bob Sheppard, Bob McChesney, Graham Dechter, Rob Lockhart, Joshua White, Holly Hofmann, Mike Wofford and more 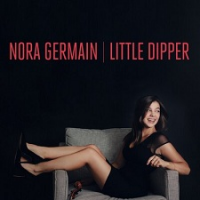 Jazz fiddlers are not exactly household renowned. Joe Venuti, Ray Nance, Stephane Grappelli, Michal Urbaniak, Svend Asmussen, Jean-luc Ponty and Regina Carter pop to the forefront, but then the list falls off quickly. Presently there emerges one Nora Germain (a name made to be in lights if there ever was one) who not only fiddles but ...