Roy Orbison possessed one of the great rock and roll voices: a forceful, operatic bel canto tenor capable of dynamic crescendos. He sang heartbroken ballads and bluesy rockers alike, running up a formidable hit streak in the early Sixties. From the release of “Only the Lonely” in 1960 to “Oh! Pretty Woman,” a span of four years, Orbison cracked the Top Ten nine times. His most memorable performances were lovelorn melodramas, such as “Crying” and “It’s Over,” in which he emoted in a brooding, tremulous voice. “I’ve always been in love with my voice,” Orbison admitted to Rolling Stone’s Steve Pond in 1988

Heirs of  Roy Orbison have filed a lawsuit to block what they say is a shakedown by a hologram company owned by Greek billionaire Alkiviades David. New technology often leads to legal battles, and with music related holograms, augmented reality and virtual reality all gaining traction, we expect a plethora of lawsuits over who controls rights ...

It's very safe to say there's never been a band like the Traveling Wilburys and equally fair to state no such band has been regarded as they have, either at the time of their inception or with the benefit of hindsight as afforded by the comprehensive package that is The Traveling Wilburys Collection. Yet ...

Chris Isaak Holiday Tour 2014 The Paramount Huntington, NY December 18,2014 A week before Christmas, the chilly winds swirling around the north shore of Long Island welcomed Chris Isaak and his band to the Paramount in Huntington for his 2014 Holiday Tour. Holiday spirit was in the air and the crowd ... 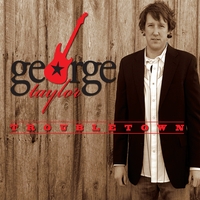 On George Taylor's second recording, Rain or Shine (Self Produced, 2014), the guitarist looked oddly like a square accountant. On his first recording, TroubleTown he looks like Texas surfer cleaned up in a blue blazer. On both recordings, Taylor plays some of the freshest throw-back Americana being played. Touted as a “Blues musician," and, while he ...

Chris Isaak NYCB Theatre at Westbury Long Island, NY September 7, 2014 Chris Isaak likes to make a splash. The perpetually youthful musician burst onto the stage the way he burst onto the music scene 30 years ago, when he signed to Warner Brothers and subsequently released the CD ...

Sitting in the plush lobby of a Lower East Side hotel of New York City, Dan Gillespie- Sells and Richard Jones blend right in to the crowd, so much so that I walked past them lounging around a table with two tea pots, near a roaring fire without recognizing them. When I set myself up at ...

Legacy Recordings, the catalog division of Sony Music Entertainment, is rolling out an incredible line-up of collectible 12" and 7" vinyl releases created especially for Record Store Day's Back to Black Friday 2013, celebrated this year at the nation's independent record stores on Friday, November 29, 2013. For RSD Back To Black Friday 2013, Legacy is ...

Music Without Borders, a music and arts consulting firm based in Stamford, CT, is pleased to announce highlights of its upcoming NYC concert calendar. MWB has long been associated with producing concert events at diverse venues such as Symphony Space, Tribeca Performing Arts Center, the Beacon Theater, the 92nd Street Y, and the Rubin Museum of ...