Roy Orbison possessed one of the great rock and roll voices: a forceful, operatic bel canto tenor capable of dynamic crescendos. He sang heartbroken ballads and bluesy rockers alike, running up a formidable hit streak in the early Sixties. From the release of “Only the Lonely” in 1960 to “Oh! Pretty Woman,” a span of four years, Orbison cracked the Top Ten nine times. His most memorable performances were lovelorn melodramas, such as “Crying” and “It’s Over,” in which he emoted in a brooding, tremulous voice.

“I’ve always been in love with my voice,” Orbison admitted to Rolling Stone’s Steve Pond in 1988. “I liked the sound of it. I liked making it sing, making the voice ring, and I just kept doing it. And I think that somewhere between the time of ‘Ooby Dooby’ and ‘Only the Lonely,’ it kind of turned into a good voice.”

The melancholic intensity in his voice resonated with listeners of all ages, but especially heartsick teenagers who knew how unrequited love and loneliness felt. However, while they were aimed at the teen market, there was nothing simple or obvious about Orbison’s songs on a musical level. Eschewing typical song construction, Orbison wrote melodramas that unfolded in unconventional ways. “It’s Over,” for instance, sounded more like a classical bolero than a pop tune. Orbison has been likened to Verdi and Puccini, but the most apt comparison is with Phil Spector’s dynamic, orchestral “Wall of Sound.”

A native Texan, Orbison grew up in the towns of Vernon, Fort Worth and Wink, laboring as an adolescent in the oil fields in the last of these. (The grueling work later inspired him to write “Workin’ for the Man.”) He was given his first guitar at six and began singing on local radio shows at eight. He grew up listening to pop, country, rhythm & blues and Mexican music, and elements of those styles found their way into his music. Hearing Elvis Presley’s “That’s All Right (Mama)” on a jukebox turned his ear toward rockabilly, and he led a high-school combo - the Teen Kings (formerly the Wink Westerners) - which played the local circuit. They cut a song called “Ooby Dooby,” written by classmates at North Texas State University (where he studied geology!), and it came to the attention of Sam Phillips of Sun Records.

Orbison re-recorded “Ooby Dooby,” along with some other rockabilly sides, at Sun Studio, and it became a minor hit. His tenure at Sun was brief, and it yielded the highly collectable album Roy Orbison at the Rockhouse. Moving to the Nashville-based Monument label in 1960, Orbison developed a fruitful relationship with producer Fred Foster, engineer Bill Porter and orchestrator Bob Moore.

At Monument, Orbison perfected the formal but emotionally unrestrained style that carried him through a string of unforgettable hits. They began with “Only the Lonely (Know How I Feel)” and included a pair of songs - “Oh! Pretty Woman” and “Running Scared” - that reached #1. Orbison convincingly delivered harder-rocking material like “Candy Man” and “Mean Woman Blues,” but the heart-rending despair of his laments cemented his status as a rock and roll original.

Orbison was a steady presence on the radio during the first half of the Sixties. His five-year run on Monument netted nineteen Top Forty hits, nine of which made the Top Ten. Among them were “Blue Angel,” “Crying,” “Dream Baby,” “In Dreams” and “It’s Over” - each an unforgettable song from a special time and place. A major star in Britain as well as the States, he toured with the Beatles in 1963 (and remained hugely popular in the U.K. until his death). He began wearing his trademark dark sunglasses onstage during that tour. Of 1964, the year of both Beatlemania and “Oh! Pretty Woman,” Orbison remarked to Goldmine’s Jeff Tamarkin: “Their coming to America didn’t do anything but help me that year. Their biggest year was my biggest year.”

The enormous success of “Oh! Pretty Woman” and relative failure of its followup singles prompted Orbison to jump to MGM Records, which offered him a lucrative contract. Orbison recorded prolifically at MGM into the early Seventies, but he never recaptured the studio magic he’d had at Monument. There were respectable albums, to be sure, including There Is Only One Roy Orbison (1965), The Orbison Way (1966) and Roy Orbison Sings Don Gibson(1966), but the hits dried up almost completely. There were a few reasons, beyond the music itself, to explain Orbison’s doldrums. He suffered personal tragedies, including the death of his wife Claudette in a 1966 motorcycle crash and the deaths of two children in a house fire in 1968. (Orbison remarried in 1969; his wife Barbara eventually became his manager, and they had two more children.)

Orbison’s star had dimmed by the end of the Sixties, and he didn’t record at all in the mid-Seventies. However, he enjoyed a major renaissance in the Eighties. At the Eagles’ request, he joined that superstar band on their Hotel California Tour in 1980. He also recorded a Grammy-winning duet ("That Lovin’ You Feelin’ Again") with Emmylou Harris, which broadened his country-music audience. He also staged a successful comeback show in 1981 and saw his profile rise further when Van Halen’s cover of “Oh! Pretty Woman” hit #12 in 1982.

His return to the public eye accelerated in 1987 with his induction into the Rock and Roll Hall of Fame, highlighted by a reverential induction speech byBruce Springsteen, and the taping of a concert (Roy Orbison and Friends: A Black and White Night) for the cable channel Cinemax. His star-studded band for the occasion included such disciples as Bruce Springsteen, Elvis Costello and musical director T Bone Burnett. The event, filmed in black and white, was later released as A Black and White Night Live on CD and videocassette.

That same year Orbison signed to Virgin Records, which issued a collection of older re-recordings of his best-known songs (plus a newly recorded “In Dreams”) entitled In Dreams: The Greatest Hits. He also duetted with k.d. lang on a remake of “Crying.” In 1988, he was asked to join the casual supergroup the Traveling Wilburys, which included Bob Dylan, Tom Petty, Jeff Lynne and George Harrison. (Orbison was dubbed “Lefty Wilbury.”) The Wilburys’ Volume One reached #3 and sold three million copies in the U.S. alone and restoring Orbison to the upper reaches of the charts for the first time since 1964.

A major comeback album, Mystery Girl, had been recorded and was awaiting release when Orbison suffered a fatal heart attack on December 6, 1988. The well-received Mystery Girl went on to become the highest-charting solo album of his career, reaching #5 and launching the Top Ten hit “You Got It.” Orbison, who was 52 when he died, certainly exiting on a high note.

In the flood of tributes that followed, Tom Waits perhaps stated it best: "When you were trying to make a girl fall in love with you, it took roses, the Ferris wheel and Roy Orbison."

In 2009, Orbison was announced as one of the 2010 honorees to have their names added to the Hollywood Walk of Fame. He received his star posthumously on Friday January 29, 2010. 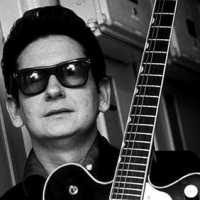 All About Jazz musician pages are maintained by musicians, publicists and trusted members like you. Interested? Tell us why you would like to improve the Roy Orbison musician page.