Rich Brown has been an active member of Toronto's culturally diverse music scene since 1992. He is currently a member of New York based alto saxophonist Rudresh Mahanthappa's bands Samdhi and Gamak, and has performed and recorded with some of the finest musicians in the world including Dapp Theory, Steve Coleman & 5 Elements, James "Blood" Ulmer, Vernon Reid, Andy Narrell, Angelique Kidjo, Glenn Lewis, Jane Siberry, David Clayton Thomas, and Bruce Cockburn, to name a few. He has appeared in the feature film "Glitter" starring Mariah Carey and the made for TV movie "The Natalie Cole Story" starring Natalie Cole, as well as the television series "Soul Food.â€ Rich also leads his own band rinsethealgorithm, and has appeared on over 60 recordings ranging from Jazz to Funk to Latin to traditional Asian and Arabic music. 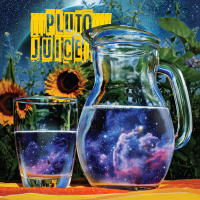 Label: Outside in Music
Released: 2021
Track listing: Bit Her Sweet Christopher Street; Idée Fixe; The Embrace; Furling Leaf, Retrocede; The One and the Other: I Pass a lass; II Awe of the Sea; III Hollow the Need.

Album: The One And The Other
By Lara Solnicki
Label: Outside in Music
Released: 2021
Duration: 04:37

Matthew Zapruder, in his book Why Poetry (HarperCollins, 2017), draws an informative parallel between reading poetry and listening to classical music: ...the act of treating poetry like a difficult activity one needs to master can easily perpetrate ... mistaken, and pervasive, ideas about poetry that make it hard to read in the first place. ...

A tetrahedron is a pyramid with a triangle base, thus a three dimensional shape consisting of four triangle faces. On the cover of his newest undertaking as a leader, Canadian drummer Ernesto Cervini uses this shape as an analogy to his working trio inviting a fourth member to the party. In this case the fourth person ...