Remy Le Boeuf has performed and had his works featured throughout North America, Europe, and Asia. Known for his integration of jazz, classical, and indie-rock genres, Mr. Le Boeuf has received many of today’s most prestigious honors and awards for composition and performance. While envisioning his approach to composition and improvisation as never veering far from the roots of language, Le Boeuf often employs literary elements to fuel his compositions. His recent chamber music projects include “A Dream: The Musical Imagination of Franz Kafka” commissioned by Chamber Music America’s New Jazz Works for a composition based on Franz Kafka’s short story, “A Dream.” Additionally, Mr

Light as a Word is the debut full-length album from saxophonist and composer Remy Le Boeuf as a leader, and it moves fluidly in liminal spaces. Its format and its performers—a sextet that includes piano, guitar, double bass, drums and tenor and alto sax—are firmly in a jazz idiom. But the songs themselves are more through-composed ... 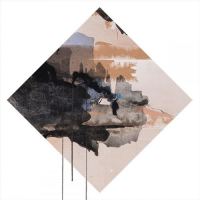 Laila Biali: Out Of Dust 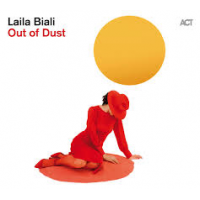 There's no boxing Laila Biali in. A sharp-minded songwriter, respected pianist and celebrated vocalist who straddles jazz and pop with unusual ease and strength of vision, Biali is truly beyond category. Possessing clear eyes, a perceptive mien and a sharpshooters's gifts in regard to emotional aim, she often expresses more in a single breath than others ...

The second part of this week's show focusing on newly released album features, in particular, large ensembles, electronically infused improvised music and the many recent collaborations of the Brazilian transplant in Paris, guitarist Nelson Veras. For the first part of the show click here Happy listening! Ben Allison ...

Remy Le Boeuf's Assembly Of Shadows, an ambitious jazz orchestra recording, opens with his original composition, the cinematic “Strata," followed by a majestic take on alto saxophonist Ornette Coleman's “Honeymooners," a tune from the free jazz pioneer's Virgin Beauty (Portrait Records, 1988). These sounds--collectively clocking in at fifteen and a half minutes--set the stage for the ...