Rémi Toulon began his piano studies early and found his way to jazz with an interest Brazilian and Latin music. He played festivals in Sao Paulo, Oslo, notably in Marciac, France, Vienna, and Uppssla. For 10 years, he toured with his trio Take 3 and made five albums with them. As composer arranger and pianist he has been involved in more than 20 recordings, notably his most recent project "Adagiorinho" where he added Ze Luis Nacimiento on percussion and Sébastien Charlier on harmonica to his Take 3 Trio to go where jazz meets Latin music. 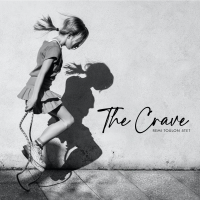 French pianist Remi Toulon has played and travelled with bassist Jean-luc Arramy and drummer Vincent Frade for many years. They are joined on this recording by Sebastien Charlier, who takes the diatonic harmonica out of its usual blues setting, and ventures into this more complex harmonic environment. Also in the quintet is Ze Luis Nascimento, a ...

Chez Papa Remi Toulon & Gilles Rea Paris June 7, 2019 Chez Papa in St Germain des Prés, jny: Paris, is deep in the heart of the Latin Quarter, now one of the most expensive areas in the city. It has an air of 1960s Paris jazz clubs complete with visitor's ...