Twenty-three year old jazz vocalist Rachael Price has amassed an impressive resume for her age. With the September 2008 release her new recording “The Good Hours," Price mused on the whirlwind ride of the last five years. “It's been amazing” touring the U.S. with my trio, singing with the T.S. Monk Sextet, international jazz festivals in Brazil and Panama, recording three CD's” all while completing a degree in Jazz Studies at the New England Conservatory.” Born in Australia and raised in Nashville, Price admits she “has been singing jazz since a small child.” She recalls “jazz hit an inner chord with me at the age of five 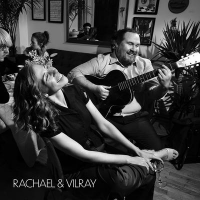 Label: Nonesuch Records
Released: 2019
Track listing: Without a Thought for My Heart; Do Friends Fall in Love?; Alone At Last; Treat Me Better; Nosotros; At Your Mother’s House; I Can’t Go to Sleep; I Love the Way You’re Breaking My Heart; The Laundromat Swing; Go on Shining; Let’s Make Love on This Plane; There’s No True Love.

“It’s a special kind of magic when two voices meet and immediately sound like they’ve never been apart. The voices of acoustic duo Rachael & Vilray are magical enough on their own, but when they blend in song the results are utterly sublime.” —Chronogram Nonesuch Records releases Rachael & Vilray—the debut album by Lake Street Dive ...

In recognition and celebration of the 50th anniversary of the Jazz Studies department and the Jazz Studies program, New England Conservatory is hosting Jazz50, a year- long series of concerts and events. On stage will be the distinguished jazz alumni, faculty, students and special guests offering an incredible array of musical and compositional talent. Performances are ...

As the bandleader and musical director on CBS TV's The Late Show with Stephen Colbert, pianist Jon Batiste will be known to many AAJ readers in the US. Here on the other side of the pond his name rings fewer bells. So before discussing Batiste's piano trio + octet album Anatomy of Angels, some background for ... 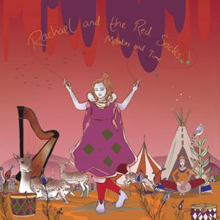 Label: Self Produced
Released: 2011
Track listing: Song for Reuben; The Cynical Man; Fade to Brown; They Pray; Right Now I Know; Too Close Intro; Too Close; I Find; Written With A Plan; Brunswick Road; As Stars Shine On A Lake.

Warren Wolf has made his name by playing the vibes, which he does with aplomb. He's as much a virtuoso on the instrument as anyone, even including his jazz elders. That may be, in part, because he was influenced by the sound of Milt Jackson and studied with one of the best in Dave Samuels, while ...

Melodies And Time creates a quandary for those who seek to put music into neat little boxes. It begins with a hint of Lal Waterson, one of Britain's finest and most underrated songwriters; adds arrangements worthy of Robert Kirby's work with Nick Drake; and melds pastoral tones with African instruments. There are touches of jazz and ...

255
Article: From Far and Wide

Hot and Cool: 40 Years of Jazz at NEC

New England Conservatory (NEC) is celebrating the 40th anniversary of being America's first fully-accredited Jazz Studies Program at a music conservatory. The merriment kicked off in NEC's home of Boston with a week of events in October 2009, culminating in a performance by the Wayne Shorter Quartet accompanied by the school's Philharmonia, a merger between jazz ...