Quinlan Kirchner (b. December 14, 1981) is a drummer, composer, improvisor & DJ from Chicago, Illinois. He first started his musical studies at the age of 10 at the famed Academy of Movement and Music of Oak Park and later at the Merit Music Program of Chicago. Learning from Chicago educator, Don Skoog, his studies soon grew to include the traditions of Afro-Cuban drumming, taking him to Havana, Cuba to study under acclaimed percussionists José Eládio, Omar Rojas & Don Poncho Terry. His early exposure to expressive arts and dedicated practice led him to earn a Basin Street Scholarship to the University of New Orleans, led by Ellis Marsalis, at the age of 18 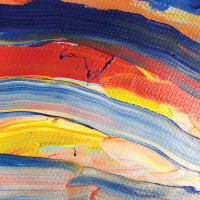 In a time before astronauts and cosmonauts explored the space beyond our planet, jazz musicians were already there. In the '50s reference to space in album titles, graphics and song titles equated the music with the modern. This is still true today as space is a place for exploration in jazz. This week, let's jump around ...

Label: Woolgathering Records
Released: 2021
Track listing: We Are Just at the Limit; Oceans Away; The Arrival; Undertow; That Hideous Strength; Consumer of Time.

The Shadows and The Light