JACK DeSALVO is a jazz and classical guitarist, composer, multi-instrumenalist. record producer and educator. Hailed in THE WIRE magazine as “masterful”, Jack DeSalvo has performed on over 100 albums with nearly 30 under his own name. Besides his releases on Unseen Rain Records, he is featured on numerous classic new jazz albums, including Ronald Shannon Jackson’s Red Warrior, Spontaneous Combustion by the group D3, Transparencies with Karl Berger and Anthony Cox and Liquide Stones in duo with Arthur Lipner. He currently performs with several quartets and trios as well as solo under his own name, with the bands Quintrepid and Sumari, in bands led Chris Kelsey, Julie Lyon and others, in Matt Lavelle’s 12 Houses Orchestra and in duos with Nicole Johänntgen, Tom Cabrera and Dom Minasi

Hannah Barstow (b. 1994) is a pianist, vocalist and composer in the Toronto music scene. As a performer, she is firmly rooted in the tradition of jazz, and is strongly influenced by the classic trios and quartets of Shirley Horn, Ahmad Jamal and Blossom Dearie. As a composer, her jazz, classical, pop, and Latin music influences come through. She composes and arranges for a range of ensemble sizes from trios to women's choirs and big bands. Hannah is a regular performer at the Rex Hotel Jazz & Blues Bar, both as a leader of her trio and sextet, and with the popular R&B band, Jenna Marie Sings R&B

Dennis Mitcheltree is back on the jazz scene. Instead of NYC, the scene is in Los Angeles. Moving from NYC to LA in 2007 to raise his children, Mitcheltree’s 5th recording as a leader, Nevermind The Circus, his first since 2006, has just been released. “I wanted to put the focus on raising my children. My goal in life is to bring as much beauty into the world as I can. Focusing on the kids, and the beauty that they could add to the world would be the biggest contribution I could make. Now that they’re getting older and don’t need my input as much, I'm being given the opportunity to focus on myself a bit again

Daniele Germani has always believed that music is a powerful tool to develop the creative and expressive potential of people and that it will always be a driving force in society, breaking down human barriers and uniting people. For him, this has been undoubtedly true.  Being a bandleader and having a working group for over four years has allowed Daniele to grow both as a composer and arranger. In the year of 2019 he challenged himself to compose one tune per day. Today, he has written over 450 tunes, and will be releasing his debut record, A Congregation of Folks, on Gleam Records, March 2021 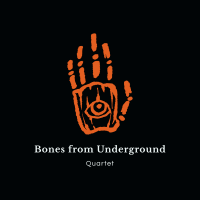 By Bones From Underground

Seba Molnar is a saxophonist, composer, and educator, based out of Boston, Massachusetts. Seba Molnar is a Berklee alumni with a degree in saxophone performance. While at Berklee, Seba had the opportunity to study with world-renowned saxophonists George Garzone, Bill Pierce, and Tia Fuller. Since graduating Seba has made a name for himself as an in demand saxophonist both as a side man and as a leader. Seba has performed and recorded with Grammy nominated artist Debo Ray, jazz legend George Garzone, Mighty Mystic, Kat Wright and many others. Seba frequently plays in Boston and around the greater New England area

Jazz Interlude is a 3-piece instrumental jazz band located in Portland, Oregon. We specialize in jazz and swing standards from the 1930's to 1960's as well as a diverse array of original compositions written by various members of the band. Jazz Interlude has been on the Portland music scene since 2012. During that time, we've been fortunate to have a monthly residence at O'Connors Vault where we continue to sell out the venue on a regular basis. We have also played at Mazza's, Camellia Lounge, Bar Carlo, Portland Pairings Wine Shop and special events such as the Newborn Oktoberfest, National Night Out, weddings, holiday parties, corporate parties, fundraisers, and many others