Not too many male singers have a high C6, well at least not to be heard in public, but G. Thomas Allen's stratospheric range and pleasantly smooth tone is the next wave of sound in the modern jazz space. Native of Danville, VA, by way of jny: Chicago, where he is currently based and accessible to ...

Our 2 features this week: quartet tracks from Wayne Shorter's Emanon (the Downbeat Magazine's Critics and Readers Poll best album of the year) and Sonny Rollins' monumental Saxophone Colossus. We've got 21st century music from four bass players and two Chicago trumpeters. And, of course, a waltz through the vaults with Fletcher Henderson, Bessie Smith, Charles ... 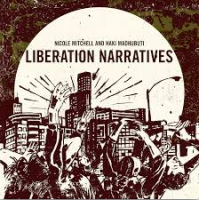 Poetry and jazz. Jazz and poetry have a long history together. From Langston Hughes to Kenneth Patchen, the spoken word messages of the poets have fit hand-in-glove with African-American music. In 1957 Charles Mingus recorded “Scenes In The City," documenting the hardscrabble life of an urban jazz disciple. Then came Gil Scott-Heron, The Last Poets, and ...

From July 17-21 2017 The Jazz Institute of Chicago in collaboration with Columbia College Chicago will offer five days of interactive explorations of jazz via lectures, demonstrations, hands-on clinics and jam sessions during its 9th annual Straight Ahead Jazz Camp. Designed for adults age 18 and up and open to the general public, the camp provides ...

Jazz guitarist Bobby Broom announced today that he will be represented by Tiffany Ente of Musiq Haus Management, and that Joel Chriss of J. Chriss & Co. will be handling his bookings. “Glad to be aboard," Broom told his fans on Facebook yesterday. Musiq Haus represents some of the top artists in the Jazz industry. In ...

Label: Origin Records
Released: 2013
Track listing: Watusi Boogaloo; If They Could Only See; Another Kinda Blue; Freedom Song; For The People; It Is What It Is; Sad Eyes; Keep The Faith; The Unbroken Promise; Venture; Hope Springs Eternal.

Pharez Whitted: For The People

Saxophonist Pharez Whitted has had an unusual recording career. Fourteen years separated Mysterious Cargo (Motown Records, 1996) from Transient Journey (Owl Studios, 2010), as Whitted dedicated himself to jazz education and sideman appearances with the likes of drummer Elvin Jones, trumpeter Wynton Marsalis and pianist Ramsey Lewis. In this context, For the People comes after a ...

Label: Origin Records
Released: 2012
Track listing: Watusi Boogaloo; If They Could Only See; Another Kinda Blue; Freedom Song; For The People; It Is What It Is; Sad Eyes; Keep The Faith; The Unbroken Promise; Venture; Hope Springs Eternal.

Pharez Whitted: For The People

Indianapolis-born trumpeter Pharez Whitted has kept a low profile in the new millennium. He's busied himself with teaching, attending to his duties as Director of Jazz Studies at Chicago State University, performing live and appearing as a sideman on a scant number of under-the-radar albums, but none of this has helped to boost his reputation beyond ...