Since his arrival in New York City in the fall of 2001, Luxembourg native Paul Wiltgen, has made a name for himself among the local and international music industry as an accomplished jazz percussionist and forward-thinking composer. An artist in the truest sense of the word, Paul has earned acclaim as a musician with a unique balance of aesthetic and passion.

After an extensive classical tutelage at the Music Conservatory in Esch/Alzette (Luxembourg) and at various music workshops throughout the world, he completed both undergraduate and graduate jazz studies at Manhattan School of Music, learning from the likes of John Riley, David Liebman, Samir Chatterjee & Michael Abene.

Besides mainly working as a sideman and occasionally leading his own groups, Paul is currently also co-leading the Reis / Demuth / Wiltgen Trio 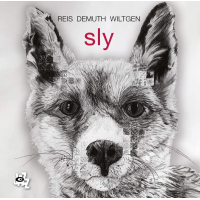 Label: CAM Jazz
Released: 2021
Track listing: Snowdrop; No Storm Lasts Forever; If You Remember Me; Fantastic Mr. Fox; Silhouettes On The Kuranda; Viral; Diary Of An Unfettered Mind; Let Me Sing For You; Venerdì al bacio; Nanaimo; The Last We Spoke; The Rebellion; Home Is Nearby.

No, this is not an ECM album, though, looking at the sleeve art, you would be excused from thinking it was trying to pass itself off as one. Half of the Acadia quartet is indeed European: Estonian-born, German-based pianist Kristjan Randalu and Luxembourg-born, US-based drummer Paul Wiltgen. The other half is American: alto saxophonist Patrick Cornelius ...

Luxembourg jazz trio Reis-Demuth-Wiltgen will make their Canadian debut with a series of concerts at prominent jazz festivals and venues, also marking the official Canadian launch of their album Reis-Demuth-Wiltgen on the Laborie Jazz label, distributed through Naxos of Canada Ltd. Additional concert dates are in the planning stage for the end of 2014. March 28, ... 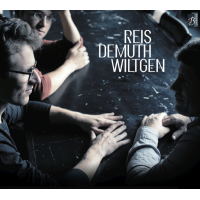 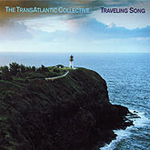 In recent years jazz groups have begun to give themselves names that give nothing away about their composition or style. The TransAtlantic Collective bucks the trend with a name that offers a more helpful description of itself: a group of musicians from the USA, Britain and mainland Europe. American saxophonist Patrick Cornelius, British trumpeter Quentin Collins, ...