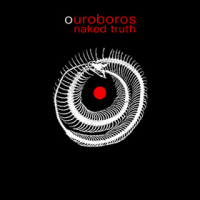 With apologies to the late guitarist Pete Cosey (who led a band by the name), the members of Naked Truth are bona fide “children of Agharta." That is, the group--led by bassist-guitarist Lorenzo Feliciati--has absorbed and adapted the lessons of trumpeter Miles Davis's exhausting, tectonic live recording Agharta (Columbia, 1975) so well that Davis' disc can ...

Label: RareNoiseRecords
Released: 2012
Track listing: Dust; Dancing With The Demons Of Reality; Garden Ghosts; Orange; Right of Nightly Passage; Yang Ming Has Passed; In A Dead End With Joe; Neither I.