Othello Molineaux, was born in Trinidad and Tobago, and as his resume states, is “as old as a tree”! He was educated at Fatima College and Queen’s Royal College in Port of Spain, Trinidad and Tobago. Othello’s musical career was initiated at an early age with piano lessons from his mother. Growing up in a musical family, his father a violinist, brother a jazz pianist, and sister a vocalist, his love for jazz and his love and respect for the Steel Drum or “Steel Pan” as it is called in its native Trinidad and Tobago, led to the formation in his mid teens of his own group, of which he was both tuner and arranger

Monty Alexander and Friends The Avalon Theater Easton, MD August 31, 2019 “Ten years," Monty Alexander wryly observed at the center-stage microphone with a disbelieving shake of the head. “Ten years of this festival, and 75 years as me." It was a celebration of multiple anniversaries at the weekend-long Labor Day ...

These days, there's a plethora of recordings, originally made for radio or television broadcast, being released by labels ranging from thoroughly legit to highly suspect. In some instances, these are real archival finds; true gold, mined from hours of hours of recordings, lovingly restored and packaged. In other cases they're clearly nothing but money grabs. Capitalizing ...

Bassist Jaco Pastorius could be considered the American music Van Gogh, a romantic figure so much bigger than the broken body that died from a severe beaten received outside of Midnight Bottle Club in Wilton Manors, Florida, September 11, 1987. That image simply does not jibe even remotely with the music presented on Truth, Liberty & ... 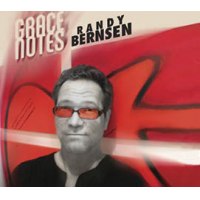