Saxophone player, bandleader, and composer. Ph.D. Kühl joined the Danish free-jazz movement in the late 1960s, where he played with John Tchicai, Pierre Dørge, and others. In the 70s, he became involved with the fusion between free-jazz and rock, performing with legendary Blue Sun a.o. Ole Kühl's first group, NATDAMPEREN, produced three albums and was a popular live-band. Turning into the 80s he, his new group DAWN was formed to meet the challenge from electric fusion. Here he developed the formal and stylistic experiments instigated by Miles Davis. On the artistic level it became one of the most successful periods in his career, but the scene was changing, and creative improvisation and expressive communication was no longer in vogue 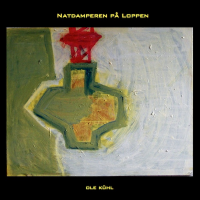