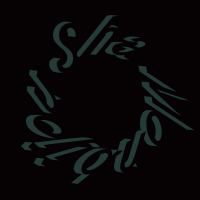 Aside from an existing appreciation of the saxophonist's creativity, it would be a mistake to approach Sha's Monbijou with any preconceptions. While this is a notion that has applied to his main group, Nik Bärtsch's Ronin, the tack Sha takes on this album is well removed from even that. Considering the integrated groupthink which ...

Exploring the grounds of the Montreal Jazz Festival is like going to all you can eat Las Vegas buffet. “Look over there at table four; there's Dixieland. Wait at table six, there's Latin jazz, supposedly the main table as a new head chef, let's go there." You can stuff yourself by going ...

Nik Bartsch's Ronin Bop Stop Cleveland, Ohio October 28, 2018 The way Nik Bärtsch dresses reveals a lot about his music. He steps up to the piano wearing a Samue, the traditional dress of Zen Buddhist monks, and sneakers. One represents a spiritual tradition thousands of years old, requiring the utmost ...

Swiss pianist Nik Bärtsch and his group Ronin joined the ECM Records roster in 2006 with their label debut, Stoa. Since then they have produced a new ECM set every two years, with Holon (2008), Llyría (2010), and now their first recorded-in-concert set for the label, the double-disc Live. Ronin's music has been called ...

Change can be good, though there's often a sense of loss when a significant adjustment happens. Honing his very specific Ritual Groove/Zen Funk music for more than a decade, Swiss pianist Nik Bärtsch was hit with a particularly big change when Ronin's founding bassist, Bjørn Meyer, left in 2011 to pursue personal projects. The more recent ...

Pianist/Composer Nik Bartsch Interviewed at All About Jazz

Pianist and composer Nik Bärtsch would be the first to recognize that he is no revolutionary, as his aesthetic vision draws inspiration from multiple sources, ranging from 20th century classical music to funk, and from Japanese ritual music to minimalism. The distillation of all these sounds results in a music that invites meditation and at the ...