Mississippi John Hurt - Blues singer, guitarist, harmonica player (1893 - 1966) Mississippi John Hurt was a blues musician known for his unique fingerpicking technique and soft-spoken songs that combined gospel inspiration and an acoustic folk sound. He was first recorded in 1928, but was forgotten until the early 1960's, when he was embraced by a new generation of blues aficionados and musicians alike. Born July 3, 1893, in Teoc, Mississippi, Hurt and his family moved in 1895 to Avalon, a town on the edge of Mississippi's hill country. He dropped out of school at the age of nine to begin working as a farmer

Combining improvisational concepts with Americana aesthetics is one thing, but enveloping this blend in a songwriter approach is another story entirely. The first concept is common practice these days, the second however represents the unique character which the up and coming jny: Chicago-based guitarist Matt Gold has to offer on his compelling debut effort, Imagined Sky ...

The Chieftains Town Hall July 8, 2019 Paddy Moloney remains the absolute driving force of The Chieftains, and has been since their formation in 1962. His pipes and whistles were joined by flute, percussion, guitar, harp, keyboards and a pair of fiddles, two step dancers, plus a whole host of ... 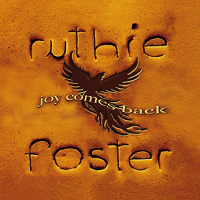 To prove the point that one can go home again, Ruthie Foster returned to the small church in Caldwell, Texas, where she began, singing hymns in the choir, in search of inspiration for Joy Comes Back. For Foster, singing gospel and soul is a birthright, blues and country her second nature; the vast Americana musical landscape ...

Describing guitarist, composer, bandleader, producer and conceptualist Ethan Margolis as a citizen of the world barely does him or his music justice. Born and raised in jny: Cleveland (OH), Margolis left the US when he was 21 to study the art of Gypsy flamenco guitar in Spain. He stayed there for more than a decade, living ...