Master percussionist/composer/singer/producer/multi-instrumentalist Mino Cinelu's first solo album has been a long time coming. It's been 20 years, to be exact. Mino Cinelu, his self-titled debut on Blue Thumb Records, has certainly been worth the long wait. The album is a musical journey into the mind and heart of an internationally-respected performer. The short list of artists who have called on Cinelu for their tours and records features a number of major stars from the worlds of jazz and pop, including: Miles Davis, Weather Report, Sting, Cassandra Wilson, Lou Reed, Geri Allen, David Sanborn, Dizzy Gillespie, Pat Metheny, Herbie Hancock, Kenny Barron, Branford Marsalis, Tori Amos, Bruce Springsteen, Christian McBride, Tracy Chapman, Stevie Wonder, and Bonnie Raitt. To call this project a solo album is almost literal: Cinelu was joined in the studio by only two musicians American guitarist Mitch Stein and Cameroon bassist Richard Bona 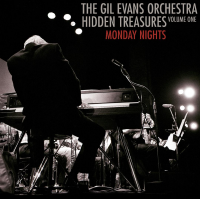