Jazz audiences in the Bay Area are starting to realize what their New York counterparts have known for years--namely, that drummer Tommy Igoe puts together a hell of a band and puts on a hell of a show. Igoe, the man who gave rhythmic life to Broadway's The Lion King and changed the ... 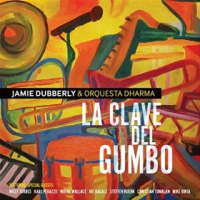 Many performances come and go without fanfare for the musician(s), but a rare few are transformative, reshaping the artist's perspective and direction. California-based trombonist Jamie Dubberly had one such experience when his Latin jazz group shared a bill with a New Orleans-style brass band. Dubberly decided to bring both ensembles together to close the show, putting ...