Guitarist Chris Jentsch's newest project is a suite that treats various periods of American history to a somewhat skeptical, alternative viewpoint. It doesn't attempt to tell a chronological story but instead hopscotches through topics like the Civil War, Westward Expansion, the Cold War and post-World War II suburban sprawl with a constant sense of unease and ...

Brooklyn-based guitarist / composer Chris Jentsch writes with clear images in mind and invites the listener to see and hear them as he does. On his sixth and latest CD, Jentsch draws on a longstanding interest in historical events and trends to describe in musical terms Topics in American History ranging from 1491 (the year before ...

Don't let the album's title fool you. Guitarist/composer Chris Jentsch's Topics In American History isn't a disguised syllabus for a college seminar. Jentsch's liner notes reveal an abiding interest in American history, but his modus operandi is to use pivotal aspects of the nation's past as springboards for creative, immersive music. Although using just a nine-piece ...

Connection Works, One of the Leaders in the Growing Movement of Artist-run Organizations, Proudly Announces the 2013-14 Season of Brooklyn Jazz Wide Open The distinguished concert, dialogue and workshop series. Now in its seventh season, the series takes place at the Brooklyn Conservatory in Park Slope, Brooklyn Saturday, October 19 @ 8:00 PM WORKS ... 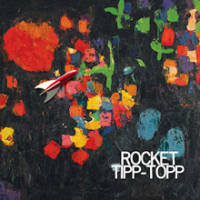 This is the most comprehensive portrait of Anthony Braxton ever presented in the United States, with Braxton himself performing or conducting every night, leading a total of 60+ musicians. There will be world and U.S. premieres every evening. Prior to the event, we have released a FREE special sampler CD of Braxton's works, spanning over 3 ...