Heart Dance recording artist Michael Kent Smith is a composer who utilizes guitars along with a computer and a variety of folk instruments, particularly the dulcimer, performing on them and weaving the various strands together into vivid compositions that are a blend of classical, jazz, folk, Celtic and Spanish. Michael Kent Smith has toured the United States, Europe, Mexico, Central America and Africa with his various projects and has performed concerts at such notable U.S. venues as the Kennedy Center in Washington D.C. and the Chicago Cultural Center. On the global front he has performed in the Festival Cervantino in Guanajuato Mexico, the International Festival of World Music in Mexico City and the International Guitar Festival in Zihuatanejo as well as touring with the Tom Sank Festival in Paris, Rome, Mali and Burkina Faso 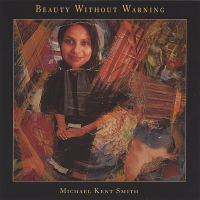