Matt Stevens is a musician and composer from North London. An instrumental artist, he uses an acoustic guitar and a sampler to create multi layered tracks live. This is often called Live Looping. His music is compared with artists as diverse as John Mclaughlin, Johnny Marr and Sigur Ros. He plays live all over the UK. He has composed for short films(including the award winning Daddys Little Helper) and his live work is often compared to watching a one man guitar orchestra or wall of sound. He performs to people from all over the world using Ustream.TV

It's time to get back to the new releases menu for the month of August and its delicious assortment of modern jazz infused with timeless Miles Davis aromas, forward looking fare marked by traces of Tim Berne, as well as gargantuan ensembles for good measure. Bon appetit! Ben Allison “Mondo Jazz Theme ...

The distinctive trumpet of Dizzy Gillespie (1917-1993), with the idiosyncratic upward angle of its bell, is transformed into a starship on the cover of Dave Douglas' Dizzy Atmosphere: Dizzy Gillespie in Zero Gravity, seemingly soaring above the stratosphere, in Earth orbit. Douglas has a history of nodding to past greats: pianist Mary Lou Williams on Soul ...

Aaron Parks: Rising To The Challenge

"I'm always trying to put myself into scenarios with people who play in a way that challenges me and gives me a chance to grow," says pianist Aaron Parks, who has carved an impressive career in jazz since going to jny: New York City early in the new century and eventually garnering a major gig with ...

Walter Smith stands straight when he raises his tenor sax to his mouth to embark on a solo, or play enthralling, serpentine, contrapuntal lines in unison with band mates like Ambrose Akinmusire. [Check out “Confessions To My Unborn Daughter" from Akinmusire's When the Heart Emerges Glistening.] It's a muscular sound that emerged from his horn. Authoritative. ...

Don't be fooled by the name. The members of the Wee Trio are normal-looking and normal-sized guys, their ambition if anything is deluxe, and their compositional scope virtually limitless. While such a moniker can only keep them humble--not that they'd seem to need the help--they've always kept an outsized willingness to follow fascinating ideas and embrace ... 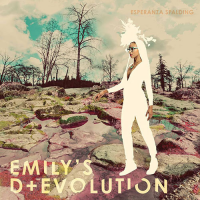 Singer and bassist Esperanza Spalding has moved effortlessly between genres whether performing with saxophone great Wayne Shorter or releasing projects which have incorporated explorations in chamber and pop music. She's impressed fans with her beautiful vocals and expressive instrumental skills even though questions remain about her musical identity. Is she jazz, pop, or a fringe artist ... 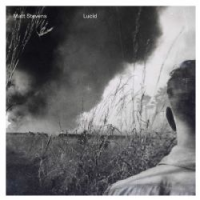 Among other positives, British guitar-slinger Matt Stevens (Fierce, The Dead) reminds us why King Crimson founder, guitarist Robert Fripp has been such an influential force. And Stevens keeps it in the family by utilizing latter day Crimson drummer Pat Mastelotto's fierce chops on one track. The guitarist's zinging sustain lines, gargantuan crunch chords and use of ...