Luis Nunez has a rich musical family heritage and he grew up playing with A-list musicians and singers from all over Puerto Rico. At 16, he started playing percussion and singing in his father's group, Plena Libre. He has performed in 7 countries, and over 50 cities throughout The United States and Canada. His father, Gary Nunez is the band leader of Puerto Rican based, 4-time Grammy nominees Plena Libre. In 2017, he received a scholarship for graduate school at NYU in the Jazz Studies department.

He formed his latest project, The Núñez Project, formed in San Juan, Puerto Rico in 2014 which blends autochthonous Puerto Rican rhythms of bomba and plena, fused with elements from hip hop, jazz, salsa and songo 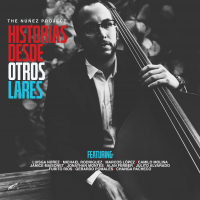