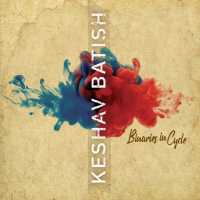 Drummer Keshav Batish is a third-generation musician. His father, Pandit Ashwin Batish, is a sitar player well-versed in both Indian classical music and Western rock, while his grandfather, S. B. Batish, worked in the Bollywood film industry as a singer, composer and arranger. With that background, it is no surprise that Keshav would become a musician ...