Results for "Live at the Village Vanguard"

Welcome to August's Jazz & Juice—I'm looking forward to diving into some new wine and music with you, moving from the Loire Valley and Mary Lou Williams (here's a link to the article, video, and podcast if you'd like to catch up) and into the world of Italy and one of jazz's greatest tenor saxophonists. 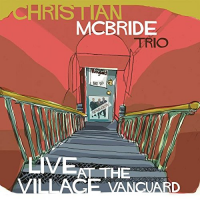 Live At The Village Vanguard

Yours truly is truly ashamed to be reporting on this recording at such a late date. That said, Marc Ribot: Live At The Village Vanguard is the kind of recording that, if you weren't, makes you wish you were there. Yes, it's a Live at the V-squared, which may remind you of other now-celebrated recordings at ...

Renowned Downtown guitarist Marc Ribot has performed with everyone from famed roots producer T Bone Burnett to avant-garde legend John Zorn. Ribot's own efforts as a bandleader have been equally eclectic, ranging from the freewheeling Latin jazz excursions of Los Cubanos Postizos to the Albert Ayler-inspired no wave assault of Shrek. In 2004 Ribot formed Spiritual ...

It had been 16,631 days since bassist Henry Grimes had last played music at New York's infamous Village Vanguard. His performance, with saxophonist Albert Ayler, on December 18, 1966 was recorded and released as In Greenwich Village (Impulse!, 1967). Back after 45 years, 6 months, and 12 days, the bassist, now part of guitarist Marc Ribot's ...