Leo Parker was the proud owner of a big, beefy baritone sax tone and a fluent technique that struck a great match between the gritty, down-home feeling of R&B and the advanced harmonies of bebop. At first, he studied alto in high school, even recording with Coleman Hawkins' early bebop band at age 18 on that instrument in 1944. Parker was very active during the 1940s in several bebop bands, like the Billy Eckstine Band, breeding ground for a lot of upcoming jazz musicians. When Billy needed a baritone saxophone player in his band, he gave one to Leo Parker, nicknamed The Kid, who played the alto sax up to that time

I promised to play more from that fabulous 1968 Houston Person release this week--so yeh, that's here (Soul Dance, Prestige 7621) with Boogaloo Joe Jones). It's criminally out-of-print, as is our Carmen McRae centennial feature (the classic As Time Goes By on JVC, issued for 'a minute' as an LP on Catalyst in the US many ... 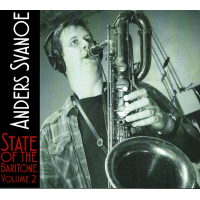 Some people see a baritone saxophone and think it an obtuse and blunt instrument. Not Anders Svanoe; he sees his baritone saxophone as a sharpened, yet subtle tool. Evidenced by State Of The Baritone Volume 2, he communicates everything from shuffling boogaloos to energized free-jazz, post-bop, and folk music with an uncanny naturalness. All ...

Welcome to the first Mixcloud podcast on All About Jazz. It contains the first episode of Mondo Jazz, a new radio show devoted to international jazz airing every Wednesday night from 10 PM to midnight on Radio Free Brooklyn. Mondo Jazz is dedicated to the proposition that jazz is a language that originated in ... 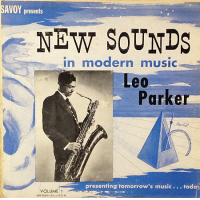 Leo Parker is one of the most under-recorded and under-appreciated baritone saxophonists of the bebop era. Like many jazz musicians in the late 1940s and early '50s, Parker succumbed to drug addiction and recorded far too little as a leader. He probably was more suited to be a sideman, leaving the responsibilities of contracting players, writing ... 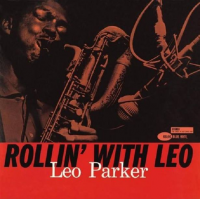 What if I told you there's a saxman who was there at the birth of bebop--literally, he played on the very first bebop recording--and you've never heard of him? And what if I told you his life story is the very archetype of the tragic, drug-addicted jazz musician? Would you still want to hear ... 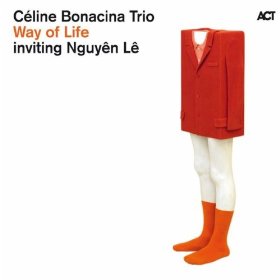 It may not approach the freak-show proportions of the bass saxophone Adrian Rollini popularized in the 1920s, but the baritone is still an impressive beast, one that has frequently been employed as much for its visual impact as for the notes it produces. Ever since Little Richard introduced the unwieldy instrument to his touring band in ...