Although Kevin has always had an interest in music, he got a late start - not picking up the guitar until he was 16. He spent years working in a high- tech, clean room, semi-conductor factory, while working on a degree in Electrical Engineering but still managed to play a few gigs in rock and blues bands. Still, he eventually realized that he had to pursue his dream. At age 25, Kevin left his job and switched majors to study music. On a scholarship, Kevin spent a few years studying music at Mount Hood Community College in Gresham, OR (a suburb of Portland.) There, he studied guitar with John Weaver and took classes with the legendary Dave Barduhn 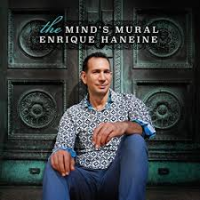 Drummers are not necessarily the first musicians you think of as bandleaders but there is a long tradition of drummer-leaders in jazz from Chick Webb and Gene Krupa to Art Blakey and Paul Motian. Here are two current, lesser-known drummers who keep that lineage going in different formats. Enrique Haneine The Mind's Mural ...

Justin Varnes / Ulysses Owens Jr. The Jazz Corner Hilton Head Island, SC September 21-22, 2018 The special relationship between jazz drummers and bass players could never have been more obvious than on two consecutive weekends at The Jazz Corner in September 2018. Holding down the rhythm and bass line together, ...