I am a Biology Professor at the University of Toronto Mississauga, where I run a lab where we work with vinegar flies – sometimes called fruit flies – to study the relationship between genes and social behavior. I developed an interest in science somewhat late, in my ‘30s. My scientific colleagues and students would probably be surprised to know that before I studied biology and moved to Canada, I lived in Philadelphia, where I grew up and spent my years playing music. I played and still play the recorder—an instrument that, usually, little children learn to play for about a year year before moving on to an orchestral instrument, a “real” instrument, a well-tempered instrument

The Recorder - An Ancient Instrument With An Exciting New Sound! Joel Levine Releases "The Whistleblower" on September 25, 2017 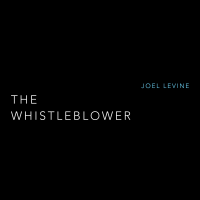 From Originals to George Duke to Handel- Levine Debuts On New Lenny White Label Composer Joel Levine speaks a unique voice with the recorder with his debut release The Whistleblower on the Iyouwe label. The 13 song disc, Levine's first as a solo artist, finds the jny: Toronto based recordist joined by singers and instrumentalists including ...