I am a Biology Professor at the University of Toronto Mississauga, where I run a lab where we work with vinegar flies – sometimes called fruit flies – to study the relationship between genes and social behavior. I developed an interest in science somewhat late, in my ‘30s. My scientific colleagues and students would probably be surprised to know that before I studied biology and moved to Canada, I lived in Philadelphia, where I grew up and spent my years playing music.

I played and still play the recorder—an instrument that, usually, little children learn to play for about a year year before moving on to an orchestral instrument, a “real” instrument, a well-tempered instrument. I began to play it in the early ‘60s at the age of 5 or 6 at the Settlement Music School in Germantown. But when the time came to move on to another instrument, I moved on with the recorder.

Although the recorder is commonly associated with Baroque and pre-Baroque music, my heart and ears were drawn to other traditions. My parents had some blues records at home and I spent a lot of time listening to Sonny Terry and Brownie McGhee, Lightning Hopkins, Leadbelly, Josh White Jr., Robert Johnson, Blind Willie McTell, and Rev. Gary Davis among others. Then, everything changed when I heard Cannonball Adderley, Sonny Rollins, Miles Davis and John Coltrane, especially Coltrane. I wanted to play that music on the recorder—which, as far as I could tell, nobody ever had. I wanted to reach the point where I could speak using the voice of the recorder in the ongoing conversation captured by this musical tradition. I wanted to pass along what I got from the music. I still feel this way.

There was a lot of playing in Philadelphia when I was growing up. I studied recorder with Charlotte Rosenberg at Settlement and later with Bernard Krainis and I took piano lessons but was never very good. I was fortunate to hear and play with some great musicians and I learned from them. One key mentor was Charles Fambrough, who I played with before he went on the road with Art Blakey. Later he would sit in with a group of us when he came off the road with McCoy Tyner’s group. Charles called me to play on a couple of tunes for an album he recorded in 1994 called “Keeper of the Spirit.”

The drummer on that album was Lenny White, one of my heroes. I first checked him out on “The Joe Henderson Quintet at the Lighthouse.” Then “Red Clay” with Freddie Hubbard and “Bitches Brew” with Miles Davis and then all that music with Chick Corea and Return to Forever. When we played on Charles’ record in the studio I felt like I hooked up with Lenny. Lenny has great ears.

After that session I did a few gigs but really didn’t play very much for a couple of decades. I finished college and grad school, became a post-doctoral fellow in the Boston area, got married, and then took a job at UToronto where I got on the tenure track, and raised a family of three boys and pursued a career studying fruit flies and genetics. I didn’t play much, but would practice on my own, playing by myself or with recorded music. I stayed in touch and occasionally played with friends from my previous life in music. I never lost the desire to play with others, to record, to add to the conversation, to find a place for the recorder, and a place for myself in music.

Two years ago, after surviving several health challenges, I realized that, for the recorder and me, it was now or never. I got some tunes together and called Lenny White. He agreed to produce a recording of some originals by me, some by him, and some other things we liked. And then we went to work. After several months of discussions, we assembled a group of musicians and singers and recorded in New Jersey, just outside New York. Some of the music was recorded in Union City at a small part of a larger studio called Kaleidoscope Sound, most of it was recorded at Teaneck Sound in Teaneck New Jersey.

The Recorder - An Ancient Instrument With An Exciting New Sound! Joel... 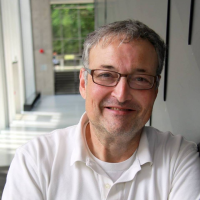 All About Jazz musician pages are maintained by musicians, publicists and trusted members like you. Interested? Tell us why you would like to improve the Joel Levine musician page.