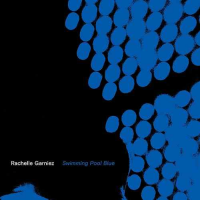 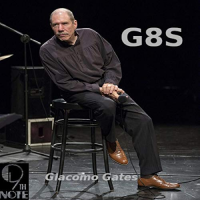 2018 worldwide news reports have detailed all sorts of technologically-assisted archaeological finds. In the US, a previously unreleased John Coltrane album and other musical discoveries have popped up. And--whaddya know?--here is an unreleased and enhanced set of tracks from the Hipster to the Hip, Giacomo Gates. And it is a helluva find, you dig?

2010 Freihofer's Jazz FestivalSaratoga Springs, NYJune 26-27, 2010 Watching Kendrick Scott's Oracle band in the warmth and sunshine of the Saratoga Performing Arts Center recently brought into focus everything that's good about the two-day event created by legendary impresario George Wein in 1978 and carried on more than capably by Danny Melnick's ...

585
Article: Rhythm In Every Guise

In the notes to an unfinished novel, the celebrated 20th Century author F. Scott Fitzgerald wrote, “there are no second acts in American lives." The vicissitudes of the lives of many jazz musicians, some of whom drop out of sight for years or even decades, are exceptions to Fitzgerald's often quoted dictum.

Covers can become trite very quickly, but when arrangements are fresh and performance is equal to the task, they can become as endearing as new masterpieces. The Audience, by Ralpha Lalama Quartet, has that quality with its mix of lesser-known jazz songs, a little pop and some original interludes. Lalama, a tenor saxophonist, has ...

A few choice items from the American Popular Songbook, tunes by Wayne Shorter, Duke Pearson, and Stevie Wonder, plus three brief duo improvisations, all rendered in a recognizable mainstream style by a band that includes two primary soloists and a bass and drums team. On the face of it, Ralph Lalama's second Mighty Quinn release appears ...

Tenor saxophonist Ralph Lalama is a respected jazz journeyman probably best known for his more than 25-year tenure with the Vanguard Jazz Orchestra. He's also played and recorded with the Joe Lovano Nonet, the Carnegie Hall Jazz Band and drummer Joe Morello's group, among others. But he's had relatively few opportunities to record as a leader. ...

394
Article: Rhythm In Every Guise

It's impossible to do justice to all of the fine new music issued in 2008. So I've listed the eleven discs that had the greatest impact on me. Each one includes the name of the drummer who was essential in making the music special. Pete Malinverni Invisible Cities (Reservoir Music) Tom Melito